Have you spotted a Lions fan yet?

Think of them as the Panamanian golden frog - one of the most distinctive toads on the planet, its skin colour ranges from greenish-yellow to bright gold, and is dotted with black spots. 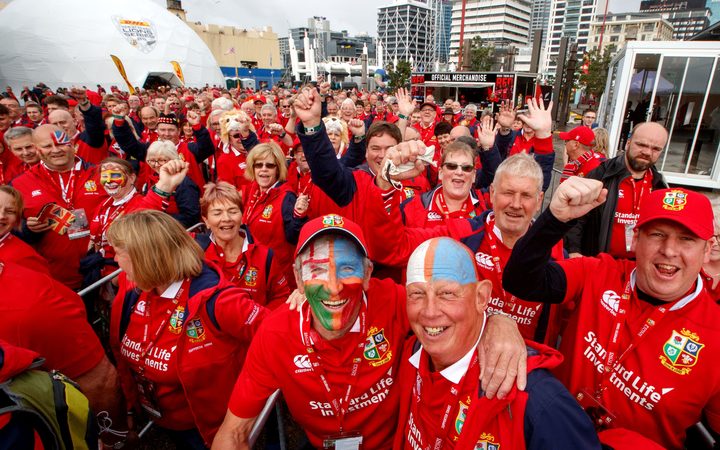 Males also emit a curious mix of gutteral, high- and low-pitched croaks to ward off predators, mark their territory, and attract eligible females.

Like the frog, British and Irish Lions fans are - relatively speaking - easy to find at 11am on a Wednesday.

Their skin is composed of distinctive navy-and-blue tracksuits, bright red rugby jerseys, the pom-pommed beanies and frilly scarves. Their mating calls are the hewn accents of the British Isles. Their natural habitat - even at this time of the day - the pub.

It's the day after the Lions drew 31-31 with a Hurricanes team that scored 14 points in the final 10 minutes. Needless to say, there are a few sore heads about the place.

Scottish local Dougie has made the trip across with his son, Cameron. It's their first time in New Zealand, and when asked about last night's result, he grimaces. 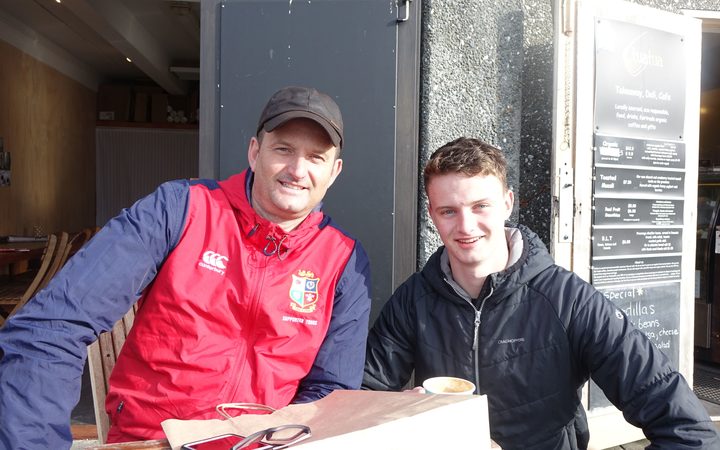 Scot Cameron and his son Dougie are disappointed there are not more Scottish Lions, but they put that aside in their support of the team. Photo: RNZ / Emile Donovan

"A great draw, very exciting, lovely stadium, great stadium ... but we threw it away."

It's 12 years since the last time the Lions played a regional game in Wellington.

They defeated the local NPC side 23-6 in a match featuring such legendary Kiwi battlers as Kristian Ormsby, Jimmy Gopperth, Shannon Paku and a fresh-faced 22 year-old by the name of Corey Jane.

The Lions won seven out of 11 games on that tour, losing to the All Blacks three times, and New Zealand Māori.

Twelve years on, they're four from eight on this tour with wins over the Crusaders, Chiefs, Barbarians, and New Zealand Māori, and losses to the Highlanders, Blues and All Blacks.

So, has this been a success from a rugby point of view? 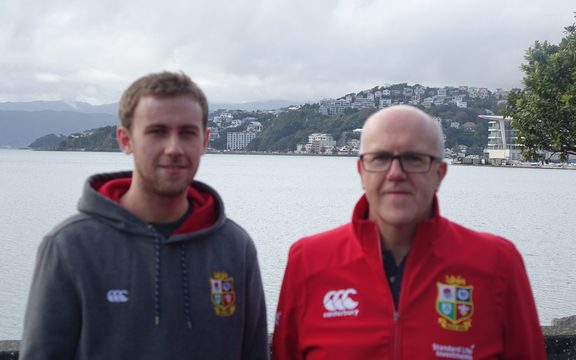 Father and son Peter and Tommy lament the near misses that cost the Lions their first Test match. Photo: RNZ / Emile Donovan

Sitting outside a cafe on the waterfront, there are still a few gripes over last weekend's first test match at Eden Park, which the Lions lost 30-15 despite a bombastic first half that had the New Zealanders on the back foot most of the time.

"We were two missed chances, two lapses of concentration away from a different score. But it isn't - you've just got to learn from that. Trouble is, you're only gonna get better as well," Peter said.

Dougie sings from the same songsheet.

"Being a Scottish person, I'm slightly disappointed at the lack of Scots in the Lions.

"We beat Australia! To only have three Scottish Lions, it's quite disappointing - but it is what it is. We've got a good side. We should do alright on Saturday."

In a melting pot of four nations with a well documented history of, shall we say, "conflict", how can a Scot cheer for a team full of Welshmen?

"I'm a Lions supporter, 100 percent. English, Irish, Welsh, Scots - we're all as one. We're here to support the Lions.

"To put it into perspective Owen Farrell is staying in our hotel. He wears the white of England. I don't like him. But I've been quite happy to get a picture taken with him.

For Englishman Rob, it's a matter of putting tribal loyalties to the side to celebrate the cream of the British crop. 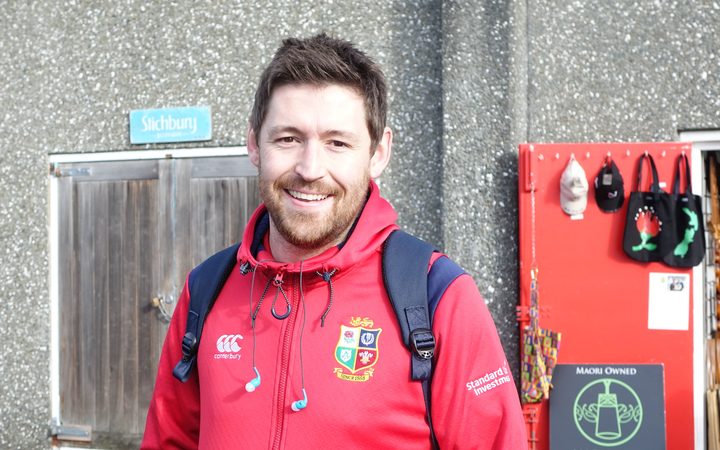 Rugby is the reason for the tour, but for many fans, the matches are secondary to the experience of travelling to the other side of the world.

Dougie laments the fact that he didn't make the trip 20 years ago.

"If I'd done this [then] I'd be now living in New Zealand. It's that good, it's impressed me so much. Everything, the scenery, the people, it's just a great place to be. Loving it."

Peter and Tommy have already been through Rotorua and Taupō.

"The night after the first defeat I was lying in the campervan, thought 'ugh' ... I felt really down. The next morning I woke up and thought, right, we've got a holiday to go on," Peter said.

"The rugby's the reason we're here, but everything else is what really draws you here."

Unlike the Panamanian frog, which is coated in a gelatinous poison that attacks the nervous system, Lions fans require no biological defenses against local predators.

When asked why the team's fans are so notoriously excellent, another Englishman, Rob, cackles.

"The fact that we're happy to travel 35 hours to get here. It shows the real support of the Lions fans," he said. "We're happy to batten it out with the Kiwis, basically."

The Lions will kick off the second test against the All Blacks at Westpac Stadium on Saturday night before finishing the series with a third test a week later at Eden Park in Auckland.