Analysis - Steel & Tube's share price lost 4.3 percent in value this morning after news broke that it had been charged, accused of misleading consumers by selling concrete-reinforcing mesh as if it were quake-grade. 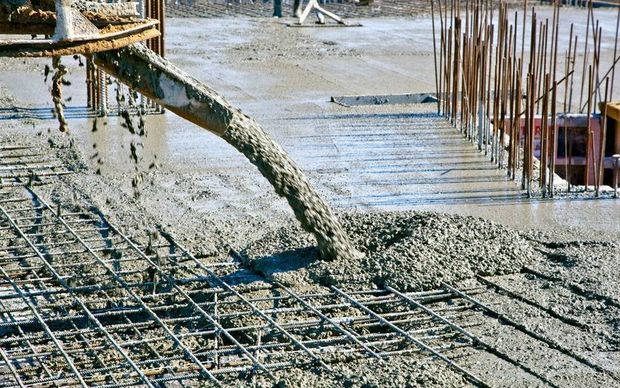 A file photo of steel mesh: Steel & Tube is to face 29 charges alleging it made false claims on steel mesh. Photo: 123 RF

However, the $200 million listed company's stock is up more than 40 percent since a year ago, when it was mired in the steel mesh fiasco.

Markets are notoriously fickle, but the demand for a steel supply system in New Zealand that people can rely on remains.

It's of particular need in a country in the middle of an unprecedented construction boom, riven by occasional large earthquakes, and where successive governments have preferred industry self-regulation to actual monitoring and enforcement.

The safety systems around building products, including design and practice, are justifiably in question.

So, what was the regulator doing between 2012 and 2016, the four years to which today's charges against Steel & Tube pertain?

The Canterbury quakes had caused such damage to concrete house floors in 2011 that the government raised the stretch level required of floor mesh reinforcing by five times, from 2 percent to 10 percent ductility.

Then the government left the market to it.

The Ministry of Business, Innovation and Employment did not review how mesh suppliers were getting on with the much tougher standard at any time in those four years. It only found last year by default that all may not be right.

The ministry clearly has teeth, or there'd be no prosecution.

It has a lot of rules. It issues a lot of directives and advice to the industry. But it has few investigators on the ground, and events of the past few years are an ugly reminder that if you don't seek, you don't find.

Now it faces a real dilemma; 14 months ago the ministry was ordered by Minister Nick Smith to look into mandatory third-party testing of critical building products.

Any extra layers of quality control could force up building costs, costs which are already outpacing inflation. But without market reform, there'll be few options.

The ministry won't say where it is up to with that.

It also won't talk about a related dilemma - how much the standards for earthquake bracing for accessories like air-conditioning units and ducts in the ceilings of commercial buildings should be enforced. It's been doing tests for over a year to gauge how many buildings don't comply, but it won't say what it's discovered so far.

Continuing public interest will mean that soon it'll have to front up on both these things.