Opinion - So it might happen after all: England versus the All Blacks in 2017.

It's hard to remember the appetite for a test match quite like this, especially considering it hasn't been scheduled. 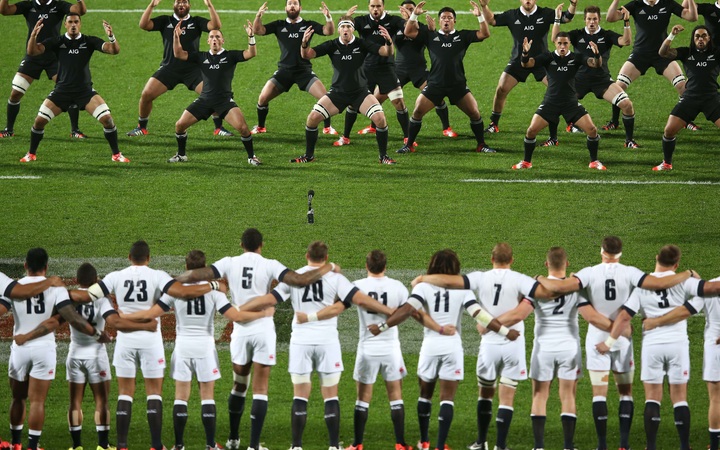 The All Blacks perform the haka before they play England in 2014. When will we get to see this scene again? Photo: Photosport

It is looking like the world's two best sides might lock horns in November, after originally not being drawn to meet until late 2018.

Like all premature births, this one will not be without complications. Making a test match happen out of thin air is trickier than making sure the field is free and someone turns on the hot water for the showers.

The match falls outside World Rugby's test window, which means it is about eight rounds into the English Premiership. While no one in this part of the world will care much, without the clubs' approval the English players cannot play.

That approval will cost money. That means the All Blacks are being used to line the pockets of teams that will eventually use that cash to lure their players.

Then there is the somewhat awkward problem of the June Lions tour suddenly becoming the second-most important event in the rugby calendar. The series has been hyped up to World Cup-like levels, despite the tourists having little chance of scraping together a winning record.

Lions coach Warren Gatland has not named his team yet. It would be a shock if it was not stacked with Englishmen. If the Lions have a disastrous tour (like the last time they came to New Zealand), the test later in the year will have some edge taken off it.

By accepting this fixture, the All Blacks will perform rugby sacrilege. As it stands, they are supposed to play at Twickenham in November, but against Barbarian FC, one of the last great rugby anomalies.

The Barbarians and All Blacks have a long history, the most notable moment being the most famous try ever scored. The invitational side has beaten the All Blacks twice and drawn with them once in their 125-year history - more than most test playing nations. Given the match is to celebrate that birthday, the All Blacks blowing them off to satisfy England's impatience seems sad.

Then there is the problem of the hosts and their inability to stay good for a decent period of time. Looking at England's history, there is every chance, by November, they will have turned back into a team the All Blacks would be confident of beating any day of the week. For example, at the start of 2015, England lost the Six Nations title on the slenderest of points differences. At the end of that season, they had an ignominious World Cup exit. In 2004, one season after winning the World Cup, the All Blacks crushed them four times.

Lastly, let's not forget Eddie Jones' ability to rub people he works for the wrong way (see: stints with the Wallabies, Reds and Saracens) into the calculations. That will need to be kept under control until November. If not, the build-up will turn farcical.

In hindsight, playing this game at the end of last season - instead of the adidas Christmas sale test against France - would have been better. That opportunity has gone, so it is time to see if the powers-that-be can get this match to happen.