In February, Mr English announced a new government target to have 90 percent of the country's waterways swimmable by 2040. The goal was criticised by some scientists and environmentalists who said the government was simply shifting the goal posts about what was defined as swimmable water.

Earlier this month, he announced the government would raise the age of eligibility for superannuation to 67 - but not until 2040.

On the weekend, Mr English, a Catholic, said he would not review abortion laws as that was code for "liberalising it". Currently women can not simply choose to have an abortion. Two doctors must decide that continuing the pregnancy would seriously harm her health. The Contraception, Sterilisation, and Abortion Act came into effect in 1977. 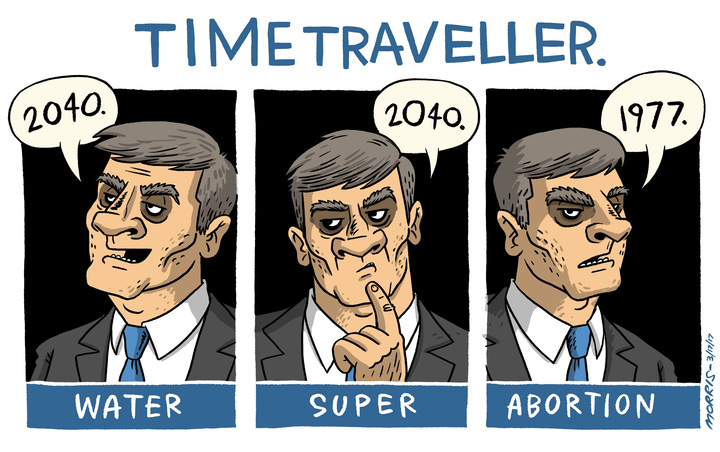