Opinion - Ministers Dr Nick Smith and Nathan Guy recently announced the goal that 90 percent of our rivers and lakes would be "swimmable" by 2040. Critics accused them of doubling the allowable levels of faecal bacteria and coming up with a definition of swimmable that means it's OK for one in 20 people to get sick. Dr Smith responded by calling that "junk science". What's going on here? 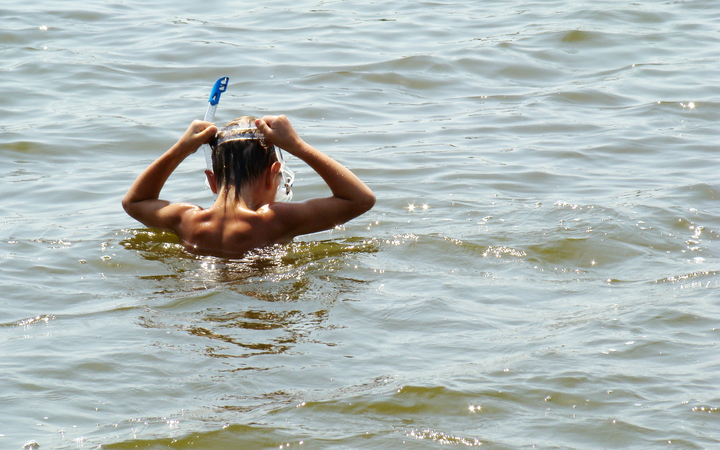 The government plans to make 90 percent of New Zealand's rivers and lakes "swimmable" by 2040. What does that mean for those considering a dip? Photo: 123RF

Previous water quality guidelines had separate criteria for swimming and other activities. A river or lake was graded an A for swimming if tests for the E. coli bacterium came back with less than 260 bacteria per 100 ml of water 95 percent of the time.

The criteria for an A for other activities was less strict; the median (middle) value of all the tests taken over a year needed to be less than 260 bacteria per 100 ml. A river or lake got a B if the values were 260-540 E. coli, a C if they were 540-1000 and a D if they were over 1000. So, under the old guidelines, some of our lakes or rivers could easily have an A for water sports but a B (or no rating at all) for swimming.

By "time", they've specified over a minimum of 100 samples, collected on a regular basis over a maximum of 10 years. To get a green ("good") rating the water has to stay below the threshold of 540 E. coli for 90-95 percent of the time, and to get a yellow ("fair") rating it has to stay below the threshold 80-90 percent of the time. There are also orange ("intermittent") and red ("poor") ratings. So, it does looks like the new blue rating is the same as the old B rating for swimming, and the green and yellow ratings allow more risk than that previous B rating.

This is where the government's new definition of swimmable comes in: blue, green or yellow graded water. In other words, it can be above the threshold for up to 20 percent of the time.

What does this mean for the chances of people getting sick after swimming? The E. coli level is a proxy for Campylobacter. People with Campylobacter might have no symptoms at all, or a week of cramping abdominal pain and watery or bloody diarrhoea and other complications.

The 'Clean Water' document explains that our estimated risk of getting a Campylobacter infection is more than 50 cases in every 1000 exposures if the E. coli levels are above the threshold. This can be up to 20 percent of the time in yellow-graded waters. In other words, more than one in 20 in some "swimmable" waters at least some of the time. If that's "junk science", it has come from the very pages of the document Dr Smith and Mr Guy were launching.

But here's the thing. The 'Clean Water' document itself is a bit misleading because the new regulations require that at least half the time the E. coli levels must be lower than 130 per 100ml, so that the risk of getting Campylobacter is very low - but it can be higher than one in 20 for 20 percent of the time. 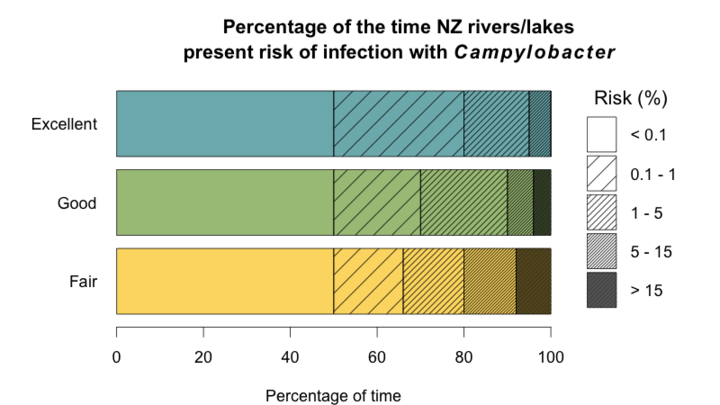 The tricky bit is not knowing which days are which, as water can look perfectly swimmable but still have dangerous levels of Campylobacter in it.

Regional councils are meant to notify the public if the E. coli levels go above 260 bacteria per 100 ml, so it looks like it's worth checking before immersing yourself in any "swimmable" New Zealand rivers and lakes.