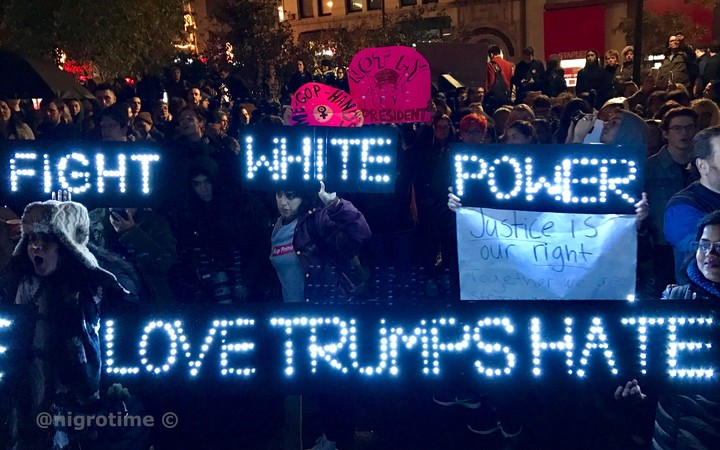 Opinion - Not dead yet

I was in Wellington's eerily empty downtown this week, rattled and soggy. Shop window mannequins lay in a tangle of limbs. In a city bookshop a staff member suggested that with earthquakes, floods and Donald Trump, maybe we should just abandon 2016.

Barack Obama's presidency will wind slowly down before the new one winds up again with an entirely new staff. Americans call this dead-man walking scenario the "lame duck presidency". Still there, but sans mandate.

The election is still to come

On 19 December, 538 Electors will gather in each of their state capitals, and vote for the president and vice-president. These electors were chosen in the recent vote (despite being named on the ballots in only eight states). They never meet as a single group because they hold enormous power. According to the constitution they can choose anyone qualified to be president. And qualified means a natural-born American aged over 35. Which is not that picky.

The popular vote, by nearly 122 million people, is not required for deciding the president. The constitution requires each state to appoint electors by their own methods.

Once, the outcome of the electoral college's vote would have been uncertain at this point, especially taking into account that Mr Trump is slated to be on trial for fraud. The parties choose the electors because they are loyal to their own team.

While they could ignore the federal vote, there is no chance they will. In 30 states, the Electors are legally bound to vote for their state's federal election winner. 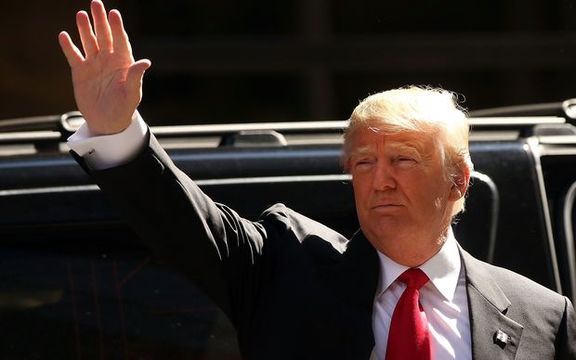 A system designed to prevent Trump

The men who drafted the constitution aimed to avoid all the pitfalls they saw in old Europe. They were brimming with good intentions and paving a road to the future. They were split between small and large states, northern and southern, slave-owning and not, so ultimately it was a compromise.

Alexander Hamilton, promoting the as-yet-unratified constitution, argued for the Electoral College as a safeguard. It would limit "tumult and disorder" and guard against "extraordinary or violent movements". It would prevent "cabal, intrigue and corruption" from "foreign powers" wanting to influence the selection and protect against demagogues:

"The office of President will never fall to the lot of any man who is not in an eminent degree endowed with the requisite qualifications. Talents for low intrigue, and the little arts of popularity, may alone suffice to elevate a man to the first honours in a single State; but it will require other talents, and a different kind of merit, to establish him in the esteem and confidence of the whole Union."

To paraphrase: No uniquely unqualified idiot will ever get the job. Populism, false propaganda and rabble rousing might get you local popularity, but national success requires more than cheap theatrics.

The drafters were men with classical educations and knew the damage a demagogue could do to a state. They did not trust the hoi polloi to choose a leader without help from their elders. Actually, the rabble chose Hillary Clinton over Donald Trump by more than a million votes; and Al Gore over George W. Bush in 2000 by 500,000 votes.

Despite Alexander Hamilton's earnest arguments there was another reason the electoral college won out over a straight popular vote: slavery.

In the 1780 census, slaves made up 38 percent of the six southern states' populations, but only 4 percent of the north was black (and many of them free).

Each state is allocated power in Congress based on its population. The southern states forced a compromise where slaves, who could not vote, counted as population (equal to three fifths of a person each).

As a result, the south got more political power and paid less tax than the north (by nearly a third), and dominated government until the civil war.

Selfish political chicanery is not new. The southern states pushed for the Electoral College to elect the president because it gave them more power. They got more power because they had more slaves. The smallest states got more power and agreed to the plan. The voters themselves lost out.

Many people argue they still do. That the results of two of the last five elections have gone contrary to the will of the majority of voters feels perverse. This unfairness pushed New Zealand to adopt MMP.

This week in the US, Californian Democrat Senator Barbara Boxer has, once again filed legislation for a constitutional amendment to adopt a popular vote. It might seem like a good idea, but it is not going to happen.

History teaches us states do not agree to things that are not to their advantage.

Alexander Hamilton said, "The true test of a good government is its aptitude and tendency to produce a good administration". History will be the judge.

* Phil Smith is an award-winning journalist who has reported for RNZ from China, India and Australia. For the past nine months he has been RNZ's guru and guide on the byzantine minutiae of American politics.