Opinion - Could Auckland's mayoral race be any more dull? 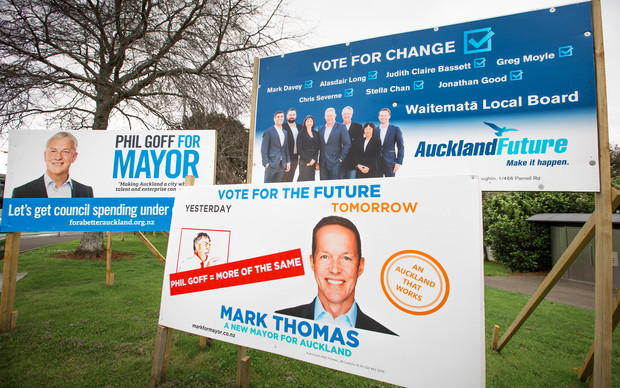 If the 2010 Auckland mayoral race was about two titans clashing over the Super City, and the 2013 race will forever be tied to Len Brown's affair, what will Aucklanders remember about the 2016 mayoral race?

Probably very little. There have been no truly big moments. I realise the desire to have political candidates who are entertaining rather than competent has led voters into some dark places lately. But I suspect the average Aucklander experiences a deep-seated shudder of utter boredom when all the mayoral candidates' desperate mugs go up on hoardings, like so many blandly prosperous-looking real estate agents.

I mean, please don't make me mull over Auckland's transport options. I think I'd actually rather suffer bad transport than think about how to improve it.

With 19 candidates to weed through, voting is work. Who are all these people? Surely they can't all hold genuine hopes of winning?

At least Mark Thomas, who I've considered one of the most relatable candidates ever since I read about him swearing and eating a pie while driving a stick shift in an old political documentary, showed some common sense when he announced he had basically decided to stop trying. 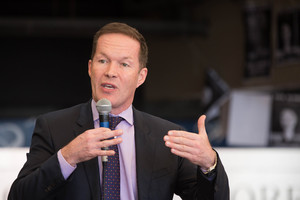 At least Mark Thomas had the sense to announce he had basically stopped trying to win. Photo: RNZ / Cole Eastham-Farrelly

When confronted with a list of candidates, I felt so disengaged, I found myself doing that thing where you idly scan for your own last name (what up, Albert-Eden board hopeful Brodie-Jean Hoare).

It doesn't help that many of the big ideas candidates hope will entice voters are nothing policies, involving commissioning reports and reviews, supremely obvious tasks like lowering carbon emissions, or meaningless, non-specific blandishments like 'making things fairer', 'curbing spending' and creating the 'world's most liveable city'.

Calling it a mayoral 'race' is a total misnomer. Races are exciting. This race has been dragging on for what feels like forever - the first debate was in February and - what a surprise - Phil Goff came out ahead.

The dominant prospect, Goff is a thoroughly known quantity. An experienced politician with a pleasant, forgettable face, who knows better than to say anything that wouldn't fit neatly into a Powerpoint presentation that would totally put you to sleep.

Even the type with no hope of winning, seemingly drawn to the office by overweening self-confidence or monomania, who you might hope would make things more colourful, aren't really doing it for me. One outrageous optimist is much like the next. 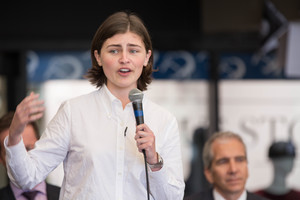 If anything, this year's race will be memorable for the emergence of 22-year-old Chloe Swarbrick who, bizarrely, seems like a normal person who's genuinely interested in improving the city, as only a 22 year old could be.

Into transparency, saving Auckland from climate change, and fund-raising by selling t-shirts, she feels like a candidate that's walked out of an urban hip-hop dance movie where she'll end up being one of the cool councillors who rubber-stamps a new practice facility for the fierce underdog crew.

*Rose Hoare is an Auckland writer who's jaded about politics, and happier when writing about nice things like travel, food, clothes and office dogs.