Opinion - My Food Bag has axed its sponsorship of the Chiefs after their stripper scandal. But why was a female-focused brand in bed with a rugby team? 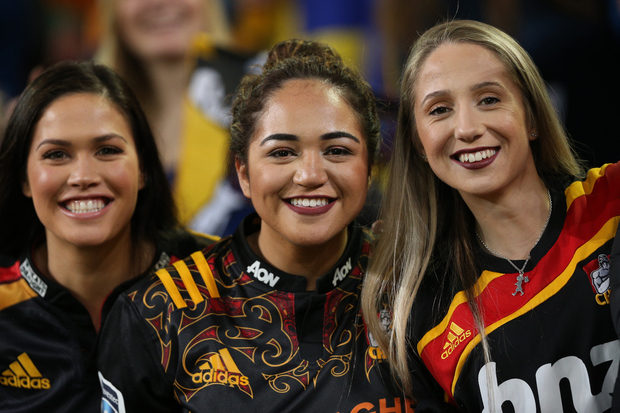 Women are in charge of 80 percent of household purchases so there's never been a better time to market rugby to women. Photo: Photosport

For those not in the know, the commercial relationship between a "heartland" rugby team and a food delivery company more usually linked to urban, corporate mothers may have come as a surprise.

In fact, it's all part of a wider strategy to market rugby to women, expand the game's appeal, and, on both sides of the equation, foster a whole new category of consumer to exploit.

With women in charge of some 80 percent of all household purchases, and controlling millions of discretionary spending dollars, there's never been a better time to repackage that testosterone towards the other half of the population.

Of course, care and effort is required. When the stars are all (seemingly) wholesome, (supposedly) well behaved and (deliberately marketed to be) all-round good guys, such as the player currently being lionised in film up and down the country, that is all well and good. Women love him, men would love to be him, children look up to him … and brands want to cash in on him.

But when the brand isn't quite as polished and protected as Richie McCaw, there's obviously plenty of room for trouble. Especially if a large part of the target market is female. And especially if the transgression even hints at male sexual violence towards women.

Because even if some or many women don't believe Scarlette, almost all will understand instinctively the situation in which a little bit of fun tips into something much more sinister; they'll understand it in their bones. And that feeling of faint revulsion over events at the Okoroire Hot Pools will ensure the Chiefs are marketing poison for female-focused brands such as My Food Bag until the team really starts instituting a culture change, putting attitudes to women at the centre. Fat chance of that, if yesterday's press conference is anything to go by.

Those charged with protecting this "brand" - team management, and New Zealand Rugby - could have played that press conference much differently; ready and armed with an action plan aimed at re-schooling all their players in how to treat women.

Alas, they failed in this as with much else. In fact, their failures started when they didn't pay enough attention to their players in the first place; drunk and unsupervised in a public place with a vulnerable young woman at their disposal.

After the allegations surfaced, they then immediately fired off a string of numb-skulled comments regarding the women's character, which later apologies did little to mollify.

They then appointed their own man to investigate the allegations, finding - in a shocking twist - that none of them could be substantiated. During an incredibly weak, unconvincing and frankly unremorseful press conference, they basically repeated their assertion Scarlette's version of events didn't happen, failed to apologise, wallowed in their own embarrassment and misery, and concluded with the sentiment that their players were good blokes.

That may wash with the "heartland" focused sponsors like those that sell electric fences or draft beer in crates. But for the urban audience, one which rugby needs to maintain interest with, it's just not going to cut it.

Still more effort will be required before the Chiefs will be able to successfully sell themselves to the female audience through lucrative brand relationships. Because even if their own behaviour cannot prevent another woman going through what Scarlette suffered, sponsors - or a lack thereof - most certainly can.