Opinion - How has yet another reality show managed to lure New Zealand's eyeballs? A couch kumara explains the appeal of the Real Housewives of Auckland. 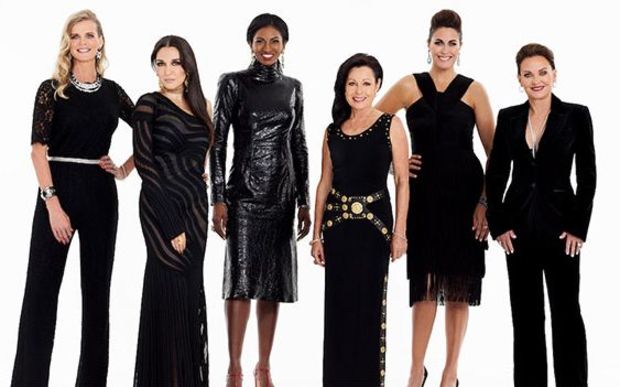 The Real Housewives are like the KFC drive-through of TV, says Paul Casserly. Photo: Supplied

"Fight, fight, fight!" The cry goes around the schoolyard that we call modern New Zealand, prompting a stampede of willing gawpers down to the back field, noses pressed against the fence, hoping to catch a glimpse of some well-to-do ladies ripping each others eyes out with their talons.

Actually, it's worse than that, they're tearing at each other's psyches, and we, the viewers, are there to egg them on. I have paraphrased a bit, but that was pretty much the elevator pitch of the Real Housewives Of... franchise. I know, that word always makes me think of Jim's Mowing too.

Like the rise of Trump, Real Housewives Of Auckland (RHOAKL) appeals partly because we love something that gives us permission to lower our standards to where they actually reside.

Let the tut-tutters tut, I'm taking off my pants, pouring a whiskey and watching this abomination, because I'M WORTH IT! Or is that just me?

As expected, the show is the KFC drive-through of TV. It's garish, lacking in humanity, socially indefensible, but quite good served out of the fridge the next day, or perhaps via the MySky or laptop. I watched half an episode on my iPhone before I woke up to myself and my arm started to hurt.

Like the Colonel's chook, this is all made to a tightly prescribed recipe but when it's local mutton dressed as Cervena, it's way more finger licking. I've tried the imported versions, but gagged and spat them out within minutes.

The casting maketh the show and the makers of RHOAKL have done extremely well in this department, even managing, unlike the last the series of The Block, to include a woman 'of colour' and an Iranian. To recap: everyone loves the Pussy Lady (previously Champagne Lady), hates the plus-sized one from Christchurch with the French PA and thinks the blonde one who isn't Louise Wallace is a vampire. Although, to be fair, Gilda could also step into an episode of True Blood without raising an eyebrow extension.

"It's not real," some complain, "it's sending out all the wrong messages," someone on the RNZ panel has probably wheezed. These voices are not alone.

A guest (she was Wendy Cooper on Shortland Street) on TV3's Story was asked what she made of it. She said she'd tried to watch it after coming home from a charity cooking night at the Auckland City Mission. She got though a few minutes but turned it off in a tizzy. Then she said the word "grotesque" and waved her arms about.

"A $67,000 necklace! Imagine what that could have done for the City Mission?"

I decided not to take her up on her offer of comparing the prices of unrelated objects to social issues, though I acknowledge its popularity as a sport, and blame John Key's stupid flag campaign for its recent resurgence.

There wouldn't be much left to watch if we started applying the mathematics of capitalist guilt to our viewing. No Grand Designs or Downton Abbey, no Country Calendar, with those multi million dollar farms. "What bastards those rich farmers are," we never say.

* Paul Casserly is an Auckland based writer, director and couch kumara.