Analysis - As final sign-off of Auckland's Unitary Plan looms, a new set of figures show its bold aims of higher density and greater affordability are going to take longer than thought to deliver. 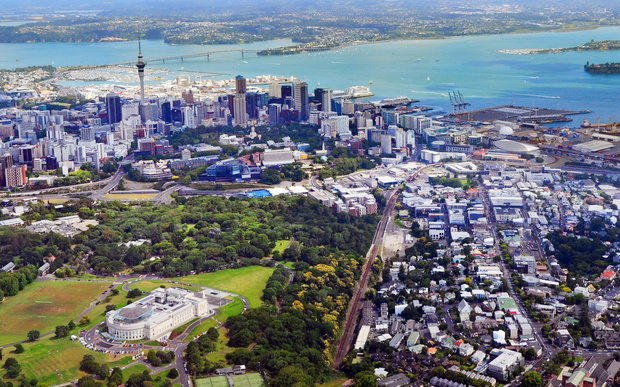 The penultimate version of the development rulebook was published last week. It flagged more higher density housing zones than previously planned to allow the estimated 421,000 homes needed to be built by 2040.

Back in the real world of home-building, however, recent data paints a sobering picture.

The Unitary Plan reset the number of homes Auckland is currently short at 40,000, compared with the most commonly-used previous figure of 30,000.

And it has stuck with the widely-used estimate that the city needs to build 13,000 homes a year, every year for decades, to wipe out the shortage and keep up with future growth.

So how are we doing this year?

Those are consents issued. Auckland Council's rule of thumb is that 90 percent of issued consents are actually built, so that would turn the 2016 consents into 9000 homes - 4000 shy of the target flagged by the Unitary Plan.

But the actual rate of construction according to the council - homes being built with consents issued over the past year or so - is 6500. About half what is needed to simply stop the shortage worsening. 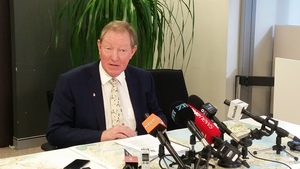 Housing Minister Nick Smith speaks to reporters after the release of the revised version of the Auckland Unitary Plan. Photo: RNZ / Belinda McCammon

So when will the rate of building rise to the point where the shortage at least gets no worse?

"How long it will take to get supply and demand into balance, in my view, we're on track to do that by 2020, " Minister for Building and Housing Nick Smith told TVNZ's Q and A yesterday.

Figures which Dr Smith released at a media event for the National Construction Pipeline Report the week before don't entirely support that view.

What Dr Smith's Auckland media event didn't make clear was that the 2016 report's forecast for issued consents is lower than the previous year's report had predicted.

Last year the report's authors envisaged nearly 5000 more residential consents for 2016 to 2020 than they forecast this year.

This was the first year the report included real numbers, rather than just bar graphs. At the media event Dr Smith rejected the interpretation that last year's numberless bar graphs were more bullish than this year's data.

The 2015 raw data released to RNZ the following day by the Ministry of Building, Innovation and Employment showed the minister had not been well, or at least fully-advised.

All of which simply underlines the fact that a plan, and the list of housing initiatives which the government recites, is one thing but the job of building and selling the homes that Auckland needs is quite another.

Auckland Council's sign-off of the plan by 19 August, following the re-write by an independent hearings panel, is just the start of the job ahead; not the end.