Were it not for Mr Dotcom's bizarre "Moment of Truth" conspiracy theory, Mr Key's third term would have depended on the grace of the Maori Party or, worse, the machinations of coalition negotiations with Winston Peters. Mr Dotcom delayed that dreadful day to 2017. 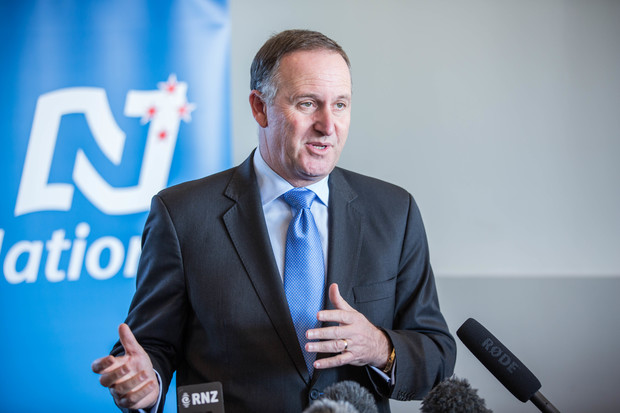 Disclosure: Matthew Hooton's public relations and lobbying firm, Exceltium, has clients in the legal services industry offering trust services to domestic and international clients. These views are his own.

It's perhaps forgivable, then, that the political right is abuzz with its own conspiracy theories linking Mr Dotcom to the Panama Papers hack and the quarter-million-strong Enemies List derived from them.

In support of the theorising:

* The focus on "inequality" in the hacker's "manifesto" is strongly Eurocentric given the massive decline in global poverty and inequality since 1980.

* The hacker chose a German newspaper as the main conduit to the public for the stolen information.

* The hacker must have considerable skills in computing and a basic understanding of international transactions, including to hide assets from authorities.

* The references to John Key and New Zealand are wildly out of proportion to their actual importance in the Panama Papers, with New Zealand mentioned in just 0.5 percent of the papers and Mr Key not at all, suggesting the hacker has a vendetta against the prime minister and New Zealand.

* The hacker is aware of, but misunderstands, New Zealand's relationship with the Cook Islands, misrepresenting the latter as some kind of vassal state.

For his part, Mr Dotcom denies being the hacker and theories to the contrary require the same inflated sense of New Zealand's importance in the world as suffered by those claiming the Panama Papers have damaged our reputation.

The real reason Mr Dotcom is being mentioned - largely in jest - is because, yet again, what the Labour Party and some elements in the media hoped would be the decisive hit against Mr Key has backfired. That is despite his government's obvious negligence in not legislating for greater transparency around the trust industry years ago, when reputable trust lawyers themselves were lobbying for it.

Belatedly, Mr Key is now aligning his rhetoric, and hopefully his government's policy programme, with that of David Cameron and Barack Obama. His rival Judith Collins delighted in taking a leadership role on the issue at Mr Cameron's anti-corruption summit in London.

But the prime minister can be deeply satisfied with the week he has had.

His enemies' overblown rhetoric on the Panama Papers has again made them look ridiculous. The economy and the government's fiscal position have turned out to be stronger than forecast. Labour's racist claims about foreign house buyers have been proven false, while Auckland home owners also had good news in the April sales data.

The prime minister has even been able to present himself as one of the lads on commercial radio after being thrown out of parliament. And best of all for a prime minister who cares about nothing other than re-election, private National Party polling has seen his party end the week on a respectable 46 percent, 20 points ahead of his woeful Labour rivals.

*Matthew Hooton is a political commentator from the right. He discusses politics on Nine to Noon with Kathryn Ryan every Monday, alongside former Labour Party president Mike Williams.