Power Play - It has been a rough week for Labour leader Andrew Little after he tested the waters with some populist positions on immigration and interest rates. 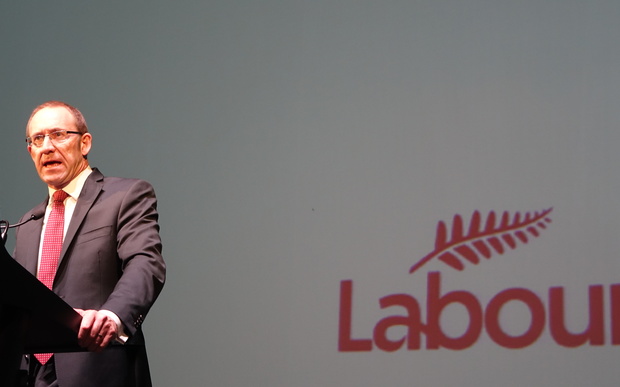 This week Mr Little floated the idea that a future government could force the banks to change their interest rates to reflect similar changes in the Official Cash Rate (OCR).

Last week the Reserve Bank dropped the OCR, but the major banks did not immediately pass that cut on to their customers.

Mr Little said the government should pressure the major banks to reduce their mortgage interest rates to help struggling dairy farmers, and if he was prime minister he could go as far as legislating to make them do it.

A senior press gallery reporter asked Mr Little specifically to clarify: "So you wouldn't rule out a regulatory or a legislative response to force banks to pass on interest rates?"

Mr Little's response - "I wouldn't rule it out".

While that caused ripple in the media it also surprised some of his colleagues.

It was a Labour Government in 1984 that undid the interventionist policies of the former Muldoon-led Government.

It didn't take long for National Party Ministers to start making comparisons, with Finance Minister Bill English quickly saying that sort of approach did not work back then and was generally a "pretty dumb idea". 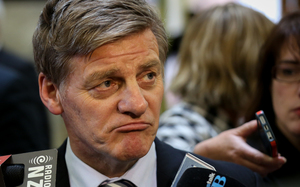 And he said it was an obvious attempt by Labour to try to compete with the Greens.

But if that was the case, then Labour was barking up the wrong tree - as minutes later, Green Party finance spokeswoman, Julie-Anne Genter, said government intervention was not her party's preferred option.

She said the Greens would adopt a more collaborative approach, sitting down at a summit with the banks; she also argued the best way to improve the competitiveness of the banking sector was to give KiwiBank a mandate to compete on interest rates.

Mr Little made another tough call, this time on immigration, saying the tap should be turned down and the rules should be changed so employers, such as those running ethnic restaurants, hired New Zealanders instead of recruiting from overseas.

He claimed large intakes of semi-skilled migrants were putting pressure on jobs, especially in Auckland.

Media coverage of his comments clearly surprised the Labour leader, who took to Twitter to say so, then later penned a personal response saying he was "baffled" by the way his comments had been reported.

Ethnic chefs story truly weird. NZ is a great place because of diversity. Subject was raised by journalists, not me.

As a political leader, Andrew Little should know that using the word 'ethnic' in a discussion about immigration was heading into turbulent waters, introducing of 'us' and 'them' into the debate.

While he argued it was no diversion from Labour's current policy, his immigration comments and the more interventionist approach in the banking sector echoed New Zealand First's long-held position on those matters.

So much so that Winston Peters berated journalists at Parliament who wanted comment from him on Mr Little's banking remarks, telling them he had been talking about that stuff for years.

So is Labour trying to edge in on New Zealand First's support base or differentiate itself from the Greens?

It is certainly doing the latter either by accident or design - which is also helped somewhat by new co-leader James Shaw's approach.

At the mid-point of the current parliamentary term, it is a good time for political parties to start to honing their policies and be clear with the public about what they stand for and why.