OPINION: The last 24 hours have been an interesting experience. I have been heckled, accused of starting generational warfare and peddling "ageism" after presenting the struggles young people face with housing in Auckland - with my colleague Flora Apulu, on behalf of Auckland Council's Youth Advisory Panel. 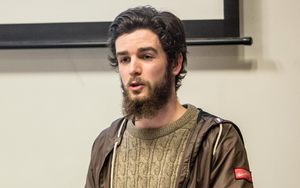 There was a heated atmosphere in the town hall yesterday as over 150 people filled the galleries, while public input was heard about the council's position on whether Auckland goes up or out, or both.

Flora and I found ourselves among the very few young people in the room, despite there being about half a million Aucklanders under the age of 24 affected by this decision.

The decision to remove moderate intensification plans in central suburbs in the Auckland Council's Unitary Plan submission was argued on both sides.

But with a vocal majority of the crowd supporting removing the density changes for a range of reasons, the removal was successful.

One key reason was around process: a number of affected property owners from the zoning changes hadn't been consulted about changes to their properties' zone.

But many of the public submissions, and much of the heckling of the crowd, were about the broader issue of intensification and opposition to that.

The Youth Advisory Panel's position is that we need to provide more housing choices across the city so that young people can have affordable housing, focusing in central areas, connected by public transport, with good access to employment, education and opportunity.

Young people are struggling to afford rent and find places to live, and are getting into deeper debt to get by in this city.

What's more, with house price escalation, our entire generation is being labelled "generation rent" while being forced to live further and further away from the city.

When Flora and I presented these concerns, we were met with mocking cries of "aww" and "poor thing" by some of the crowd.

On the issue of process, there were legitimate concerns. However, it draws attention to the ability of disgruntled homeowners to affect the large-scale plans that Auckland needs in order to accommodate its growth for everyone.

Other voices that called for intensification in these suburbs during the proper submission process, while not naming a specific property, are now left meaningless.

At what point do the rights of property owners trump the rights of renters, young people and other affected parties to be heard? It seems the answer is when they can make enough noise.

The Unitary Plan is now in the hands of an independent panel, who will hear evidence from a range of groups about what the final plan should look like, then recommend back to council how much we should intensify.

The irony is that by removing the changes and hurting the council's own voice in the hearings process, we could see more intensification - as called for by Housing New Zealand, the Ministry for the Environment and other groups.

Housing choice through upzoning is nothing to fear. It gives property owners more freedom, and allows diverse, thriving neighbourhoods that are well connected and liveable for young and old.

* Alex Johnston is Deputy Chair of Auckland Council's Youth Advisory Panel. He is 19, and studies Law and English at the University of Auckland.