People in the west think North Koreans believe everything their dictator says, but as Mediawatch reports they also tend to believe whatever the western media tell them about North Korea - even when it's nonsense. 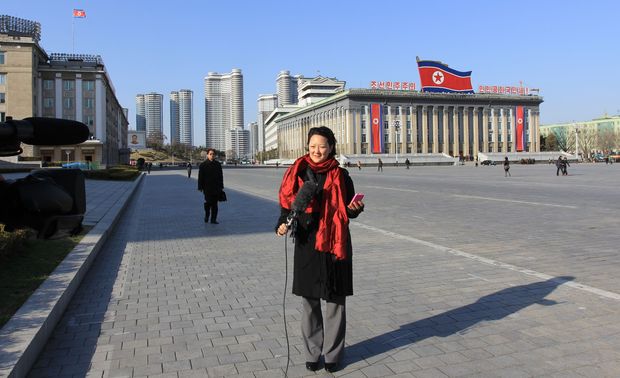 In 2012, the international news agency Associated Press (AP) made a breakthrough - permission for the first permanent foreign news bureau in the capital Pyongyang and unprecedented access to North Korea.

It was set up by AP Korea bureau chief Jean Lee, who recently visited New Zealand on an Alicia Patterson fellowship.

Foreign reporters are usually restricted to the showcase capital Pyongyang, but Jean Lee's Instagram feed shows pictures from around the country.

"I do get around by myself. I do interact with people and have more freedom on the ground than tourists enjoy."

She told Mediawatch AP's reporting from North Korea isn't censored, but there is a structure set up to keep the locals apart from the foreigners.

So can she can get the real story in a country where people still need permission to even talk to foreign reporters?

This is a country where people learn from a very early age to watch what they say. They are aware that anything they say might be listened to, recorded and passed on. They are always cautious about what they say. But they do tell me things - they do complain."

Lee is also very careful with what she says about life in North Korea.

She is not the only foreigner reporting from the country. New Zealand journalist Anna Fifield, the Washington Post''s bureau chief in Tokyo, has just made her first visit to North Korea since 2008.

This time she was able to document the changes she had noticed on Twitter.

"I saw a traffic light!" she tweeted in Pyongyang prompting one follower to ask if there was just one, or were there others?

In an article for the Washington Post entitled: "What's it like to report from North Korea? Frustrating, mainly" she wrote:

"I can only tweet and write what I see, and I can only see what they want me to see. But the way I figure it, it's always better to see something than nothing." 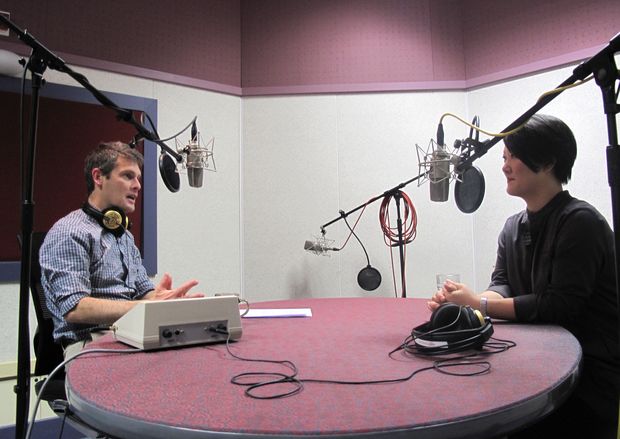 The national state-run North Korean media puts out news that is almost entirely propaganda, and in the absence of reliable reports it is almost impossible to tell whether stories about North Korea are fact or fiction.

It was widely reported around the world last May that male university students had been ordered to have the same haircut as North Korea's leader Kim Jong Un.

Even TV3's Paul Henry show made one of this reporters have the haircut for a joke.

But the story wasn't true.

But when New Zealand's own adventurous entrepreneur Gareth Morgan emerged from a motorcycle trip last year, he and his wife Jo accused the western media of misleading the world about life in North Korea.

The stereotypical of imagery of North Korea you get from this concerted effort to demonise the place and capitalise on the fact that we're all ignorant is that it must be like one giant prison camp. Nothing could be further from the truth. All of those preconceptions you had based on the beat-up the Western press has conducted for years . . . is basically just crap."

So, how is the interested observer supposed to judge the truth about North Korea?

Was Gareth Morgan seeing the real North Korea when he described a prosperous and orderly countryside, with well-fed locals carrying cellphones?

Couldn't a regime that routinely mobilises thousands of people for choreographed mass displays easily stack the places on Gareth Morgan's route with people willing to toe the party line?

Lee says it's possible but you can't blame the North Koreans for wanting him to meet English-speaking locals to tell him about their country.

"It can be surprising for first time visitors to find they love to have a beer, love to have a laugh. They can be very funny. We never see that. But they may not understand they we really want to know the truth about how they live".

Groups such as such as the Committee for Human Rights in NK have claimed hidden gulags exist in the countryside, along with "the complete denial of freedom of thought, conscience or religion".

Much of this is based on the accounts of those who have fled across the border.

What defectors say about life there is incredibly important. But as monolithic as it seems, it's a complicated society - and a contradictory one. We have to take anything we see and hear with a grain of salt. This is a country with so many layers of deception and presentation, it's like an onion. You have to peel away to get the heart of it. And sometimes you just can't."

When a British newspaper recently reported that North Koreans had been told in a state TV report their team was actually taking part in the football World Cup in Brazil, Lee said on Twitter that they'd been tricked by an online hoax. 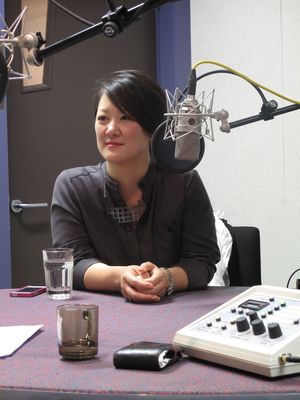 Noting that "the so-called presenter has a South Korean accent", she replied:

"don't believe ridiculous spoof claiming #NorthKoreans think their team made it to #WorldCup2014 finals. They're not *that* isolated."

Soon a Hollywood comedy based on an attempt to assassinate Kim Jong Un will hit the big screen.

And it's not the first time NK has been the butt of Hollywood jokes.

I do find it surprising Hollywood would choose to ridicule a sitting leader. To entertainers, North Korea is still a figment of their imagination - unlike the Middle East or the War on Terror."

But North Korea is aware of its image problem and is trying to change it.

Allowing AP to set up there is part of that.

Maverick basketballer Dennis Rodman has made headlines with his visits - as has Google executive Eric Schmidt.

The regime is now encouraging limited tourism, and even changed the law to allow a Spanish citizen to travel around Europe to promote the country and its achievements.

"The NKs are keen to get knowledge to improve their economy. They need information and help and they're trying to figure out ways to get that."

For now foreign journalists remain restricted and the local media is under complete state control. Cellphone and internet systems for local people do not extend beyond the country's borders.

But there are small signs of a change in attitude, such as Disney movies screening on state TV.

"'Madagascar' was on recently. Yes - they are just cartoon animals, but they are talking about life in New York, using American slang. It cracked me up to hear them try and explain the concept of 'working for The Man'. In North Korea that takes on a whole other meaning."