Pen, notebook - and encryption key. It's time to add digital security to the reporter's toolkit, security experts say, and that includes journalists in New Zealand. Whistleblower Edward Snowden has spoken out from self-imposed exile in Russia with a stark warning about surveillance conducted by the National Security Agency (NSA) in the US.

"The work of journalists has become immeasurably harder than it has been in the past. The very first contact they make before encrypted communications are established is enough to give it all away".

A year ago Australia's representative of the media freedom group Reporters Without Borders, Mark Pearson, told New Zealand reporters the Washington Post's famous Watergate scoop might not be possible today.

Today's digital technology and surveillance would make it much more difficult to keep a source like 'Deep Throat' secret, he said.

"Parklands would have CCTV, reporter's phones might have geo-locational tracking, there would be easily accessible records at phone companies," he said.

"Add to that Facebook postings and all the other tracking of our movements - and you could narrow down a source very easily."

Mr Pearson warned New Zealand journalists to be wary of surveillance too.

That seemed a bit far-fetched at the time - but soon after, freelance foreign correspondent Jon Stephenson discovered details of his phone calls had been intercepted in Afghanistan. 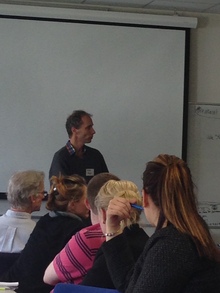 An inquiry into the leaking of a report on the GSCB also revealed that Fairfax Media reporter Andrea Vance's phone use and her movements around Parliament had been tracked and recorded.

Last May Ms Vance told Mediawatch she had changed the way she worked because of this:

"I'm super paranoid now. Who wouldn't be? I am now super careful about who I talk to, where I talk to them. I am a lot more paranoid than I was".

She will travel to the UK shortly to learn more about how journalists can protect themselves from prying eyes.

Do journalists here really need to fret about such snooping?

Nicky Hager, a journalist who's lifted the lid on New Zealand's connections to international espionage, said most New Zealand journalists weren't being spied on.

"We live in the age of the Snowden revelations where we have to be aware of the state surveillance powers but most people aren't being spied on," he said.

But big leaks and stories that the government would rather hadn't been released could - and often would - cause witch-hunts, he said.

"They don't admit it but they look for someone to blame. They search through the phone records of the government agencies concerned. They might get the police involved." 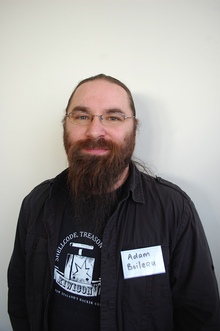 "The techniques they used were tracking the opening of doors in parliament through the swipe cards, photocopiers logging the sizes of documents being copied, as well as phone records and email records."

Mr Boileau said journalists needed to be aware of how and where this data was collected.

He said metadata like this could be more valuable to snoopers than the actual content of calls and emails.

"If I record every call in New Zealand, I have to understand what's in those calls. Computers can easily process phone numbers and times and dates. They can build maps of who's communicating with whom, and infer relationships between people and what's going on," he said.

"That's one of the reasons the NSA was so keen to get access to phone records. They're a powerful source of information."

Overseas, some publications are offering ways of getting in touch that are more secure than email. Many reporters now publish encryption keys on their websites and social media accounts so only the intended recipient of an email message can read it.

Reporters who don't do this, Mr Boileau said, may miss out on good tips in future.

One journalist who fully understands that now is Glenn Greenwald, the reporter who first broke the story of the leaked NSA documents last year.

When Edward Snowden first made contact in early 2013 he wanted to be sure intelligence agencies couldn't intercept their communication.

But Mr Greenwald didn't know how to use encryption - and almost missed out on the biggest scoop of his career.

Listen to more on Mediawatch at 9:05am and 10.12pm on Sundays on Radio New Zealand National.