The exhibition 'Entangled Islands - Samoa, New Zealand and the First World War' says it explores 'a little-known part of our shared history'. But 100 years on is it a shared identity?

World War I is often called the crucible of our national identity. Anzacs and Gallipoli we know. But New Zealand's invasion of Samoa?

Not so much, as it turns out, but more on that later. First, here's some history.

On 29 August 1914, three weeks after war broke out in Europe, 1385 troops of the New Zealand Expeditionary Force landed at Apia and seized Samoa from German control, at Britain's request. Samoa was the second German territory to be captured after Togoland in Africa.

New Zealand ran up the flag and stayed until Samoa's independence in 1962. Among the bad times under New Zealand rule were the 1918 influenza epidemic which killed 8500 Samoans and the Mau massacre in 1929, wrongs for which then Prime Minister Helen Clark offered a formal apology in 2002.

Auckland University's head of Pacific Studies Damon Salesa said Samoa was where World War I began for New Zealand. And setting aside the terrible casualties in Europe and the Middle East, he believed it was the actions from that war which had left the most enduring legacy for both countries.

Samoan actions of 100 years ago reflected in Auckland today

Imagine New Zealand, Auckland and even the All Blacks today without that relationship. More than 140,000 Samoans live in this country. Auckland is the world's largest Samoan city where Samoan is the second most spoken language after English. 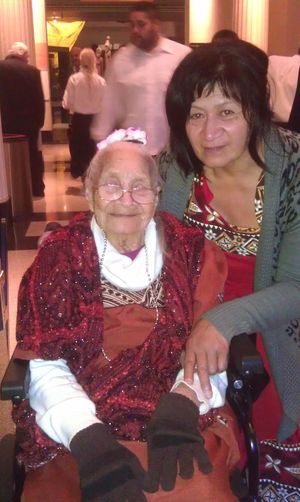 An introduction to this "little known part of our shared history" is on now at the Auckland War Memorial Museum, the first of the museum's WW100 centenary commemorations.

Entangled Islands - Samoa, New Zealand and World War I was "quite tricky" to put together, said the exhibition's designer, Janneen Love. Because there is no definitive history and because many visitors will come with their own intimate family knowledge of events, the museum's taken a deliberately different approach of presenting many perspectives instead of a unified story. And it's asking visitors add what they know through postcards, Twitter and Facebook.

Alongside documents, photos, weapons and uniforms there are accounts from New Zealand soldiers and nurses, Samoan soldiers, and German families from Samoa interned on Auckland's Motuihe island. There are recordings of the writer Albert Wendt talking about his family ties to the Mau movement and of Mele Ioelu, now 103 and living in Auckland, about the influenza epidemic.

The last item in the exhibition is an Auckland Blues jersey. Janneen Love said it summed up how actions 100 years ago in Samoa are reflected in the Auckland of today.

"In the '70s there would have been two Samoan rugby players perhaps playing for Auckland. Now you look at the team, it could just be a Samoan team perhaps."

Most NZers don't know about the capture of Samoa

So how much do New Zealanders actually know about the capture of Samoa? More than three-quarters don't know about it at all, according to a survey for the Ministry of Culture and Heritage. Only 26 percent of more than 4,000 New Zealanders surveyed in 2012 about their knowledge of World War I knew about it.

Awareness was much higher among Pacific people, topping out at 72 percent among those of Samoan descent.

Damon Salesa believes most Samoans know it happened, but perhaps not some of the detail - like there were Samoan soldiers fighting for both sides, for the Allies and the Kaiser. 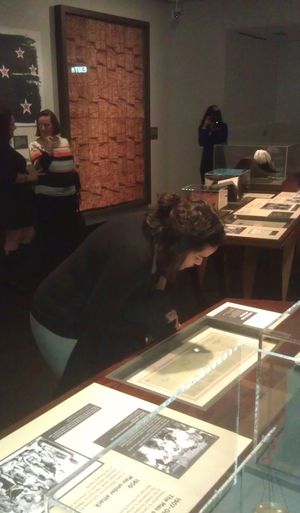 Displayed right next to the Blues jersey is Siliga David Setoga's Mau t-shirt, showing the Samoan chief Lauaki who led the first Mau movement against the Germans. The artist said there was a "huge group" of Samoans born and raised here who didn't know who Lauaki was and he said it was time for Samoan churches to start teaching that history because the New Zealand education system couldn't be relied on to do it.

According to the Ministry of Culture and Heritage survey, most New Zealanders see the Great War as having shaped our national identity and, in particular, the special Anzac relationship between New Zealand and Australia. Awareness is higher among New Zealand Europeans, Maori and Pacific people and lowest among Asian and "new" New Zealanders.

On one hand, it's understandable that New Zealanders of Samoan descent should know more about what happened in Samoa. And European New Zealanders and those born in Europe would know more about the European battles. On the other hand, how can a national identity forged a century ago renew itself without a shared knowledge of that seminal event? And in a population being changed significantly by immigration, much of it from countries unaware of New Zealand's Great War?

As the survey noted, New Zealanders' understanding of World War I is limited to a few basic facts and there are "clear opportunities to expand knowledge". In terms of the relationship with Samoa, at least, the Entangled Islands exhibition at the Auckland Museum would be a good place to start. It's on until February 2015.