The latest house sales figures highlight that the market is not nearly as strong as it once was.

According to Real Estate Institute data for May, the number of sales fell 15 percent compared with the same period a year ago. "That's a pretty significant decline," said Institute chief executive Helen O'Sullivan.

The pace of house price growth is also declining. The institute's house price index rose to an annual rate of 6.5 percent in May, a decline from the 8.5 percent experienced in April.

Most commentators agree the slowdown is due to the Reserve Bank's lending restrictions that it introduced in October 2013 to cool Auckland's overheated housing market. Under the new rules, the banks limited the amount of new lending to people with less than a 20 percent deposit, known as high LVR lending, to 10 percent.

But with interest rates on the rise, some now believe it is time the restrictions are eased or removed. 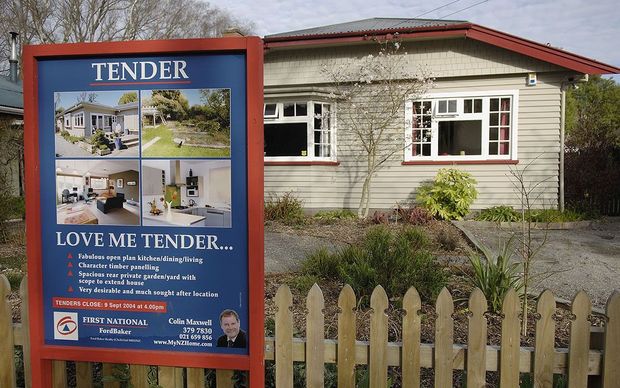 The number of house sales fell 15 percent in May compared with the same period a year ago. Photo: PHOTO NZ

Helen O'Sullivan points out that sales in regions outside Christchurch and Auckland are being walloped. Despite Auckland and Christchurch accounting for 53 percent of sales in the last year, they make up 76 percent of the increase in house prices. Given this, she thinks a regional approach needs to be taken with LVRs.

Some economists had expected a rebound in the housing market by now - as banks and would-be borrowers got used to the new restrictions. But that hasn't happened.

In April, only 5.4 percent of new lending went to low deposit loans compared with the limit of 10 percent. Auckland-based mortgage broker, Bruce Patten said banks were keen to lend again, but people had given up trying to get a loan.

"They've been told no once or twice before, and from what they're hearing, they're not even trying to see whether they can get funding."

So, when is the Reserve Bank likely to remove the restriction?

It appears the restrictions have had a greater impact on sales, and credit and price growth, than the Reserve Bank anticipated. On the other hand, it's unlikely there will be any shift soon. Auckland's housing market, while cooling, is still robust, with house prices still growing 9.4 percent annually.

The Reserve Bank's own assessment in May was that the earliest it would consider easing or lifting the restrictions was late this year. And if housing trends continue along their present path, the central bank may well do so.

But other factors may persuade Reserve Bank governor, Graeme Wheeler to proceed carefully.

Some analysts argue that rising net migration, and expectations of higher incomes due to the faster growing economy should underpin the housing market. And lower fixed interest rates since March due to cheaper overseas funding could also make the central bank nervous about loosening the reins too early.

There are also warnings LVRs are resulting in a substantial build-up of pent-up demand which will be unleashed the moment the Reserve Bank announces an end to the policy.

"There are a huge number of people out there that could be getting mortgage finance today … that can't or haven't tried, so (the Reserve Bank) does run the risk of being flooded by a bunch of people that have been sitting waiting," mortgage broker Bruce Patten said.

The Reserve Bank's Graeme Wheeler proved impervious to a barrage of public and political pressure to exempt first time home buyers when LVRs were introduced last year. He has also repeatedly rejected a regional approach as too hard. While his critics argue the restrictions have now been too successful, Mr Wheeler will want convincing evidence that the threat is over before acting.

Would-be home buyers with a small deposit may still be waiting next year for their chance to enter the housing market.