Transformation is an oft-used word around Auckland these days. As the city approaches the 1.5 million target, both its problems and solutions assume a scale never before confronted by a New Zealand city.

Some transformation though is proving easier for the city's council, than others.

Two ambitious projects sit at the heart of the "transformational shifts" outlined in the council's 30 year vision The Auckland Plan. That plan now underpins its priorities. One is the $2.86 billion City Rail Link (CRL), the tunnel completing a rail loop under the city centre.

The other is The Southern Initiative, perhaps the boldest attempt yet to improve the lives of those living in the poorer southern communities, where housing, health, education and employment statistics are amongst the country's worst.

The CRL, which is intended to transform both downtown Auckland and the region's rail and transport networks, is making steady progress. The Southern Initiative or TSI, to use its council acronym, is not.

To be fair, planning for the CRL pre-dated the formation of Auckland Council in 2010. But its progress over the past three and a half years will have confounded many of its early critics. The Government, which may pick up half of the construction cost, has moved from frosty scepticism to public endorsement. 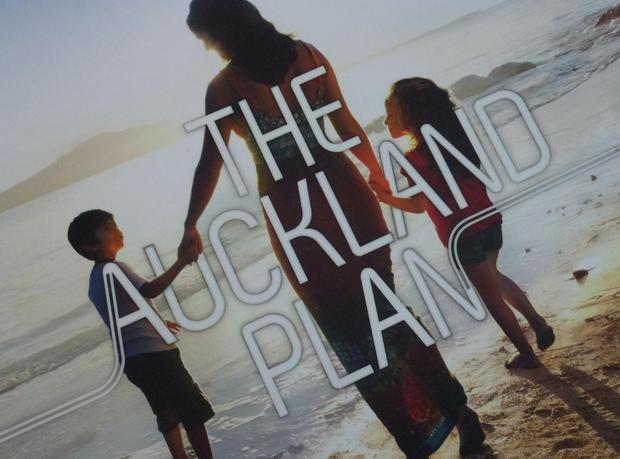 The uncertainties are timing, and funding. Auckland mayor Len Brown wants to make a start by 2016, the Government is making no promises before 2020.

Prime Minister John Key's commitment to it last July countered Ministry of Transport advice that the project made more sense "closer to 2030".

At this stage the council knows where only 20 percent of the funding will come from. However it is moving ahead at full steam. The route has been confirmed, property is being bought, and at any one time, dozens of Auckland Transport staff and consultants are working on the project.

Len Brown has led the political lobbying with the Government, which includes regular one-to-one meetings with the Prime Minister. The project has an active network of cheerleaders, pro-public transport lobbies, urban designers, business groups and the political left.

The CRL is the sort of the thing which large public bodies are good at. Planning and building large pieces of infrastructure such as bridges, libraries, and stadiums. Plan - Fund - Build - Result. So far the CRL scores 1.2 out of 4.

Social transformation in the form of the TSI is struggling to get on the scoreboard. Its ambitions are breathtaking and the concept simple.

Ambitions include 98 percent of Maori and Pasifika pre-schoolers in early childhood education by 2020, halving truancy, all six-year- olds succeeding in literacy and numeracy, cutting the numbers of youth not in education, training or work and a 95 percent immunisation rate among eight month old babies. The list goes on.

The concept was simple, and the resourcing modest. A largely-solo general manager with an annual budget of $180,000 would help community programmes and government agencies and ministries, redirect the current large spending in the area, into more targeted local initiatives.

When the council publicly discussed its budget for this year, it was clear all was not well in The Southern Initiative. A bid from its general manager for a ten-fold increase in funding to nearly $2 million was rejected, and replaced with an offer of $500,000 from the Mayor.

There was plenty of opaque language. Councillors were told of "governance issues". Chief executive Stephen Town said there was uncertain commitment from the Government to genuinely share decision-making about investments.

Mr Town is now working more closely with the initiative to help put it on track.

Some of its problems are no secret. The 23-strong political steering group has often struggled to muster enough members at meetings to make decisions. Councillors were told not all of the local boards in the southern area are fully behind the initiative.

Independent Maori Statutory Board chair David Taipari said there had been repeated references by some, of there being "too many Maori" on the steering group.

Building big stuff may have proved to be second-nature for the Auckland Council. Building and delivering big social policy in the south, is proving difficult.

The Southern Initiative has no comparable benchmark project on which to model itself. It has no broad network of visible cheerleaders, and the low-cost catalyst approach has yet to fire.

It is widely agreed within Auckland Council, and across South Auckland, that lifting achievement, and the quality of life in the poorer communities is a pre-requisite to lifting the region's well-being.

Funding, resources, public support and a single-minded political focus is working so far for the CRL. It is not yet clear what will prove the "game changer" for the equally-important Southern Initiative.