The political argument around housing is becoming as over-heated as the housing market itself, as politicians fight to convince the public they have the solution to improving home affordability.

Politically inconvenient reminders of the pressure on the housing market are coming thick and fast for the Government, which only serve to keep home affordability in the headlines.

The cost of buying and building new houses rose by 4.6 percent in the year to March, the largest annual increase since 2008.

And an Organisation for Economic Co-operation and Development report has ranked New Zealand houses as the most overvalued in the developed world, relative to rents.

Prime Minister John Key tied himself in knots trying to explain that is not the most accurate measure, saying the argument that housing affordability is somehow a crisis is wrong.

But those trying to break into the residential market in the likes of Auckland may beg to disagree.

The second-highest monthly net migration figures also served to raise the spectre of hordes of cashed-up immigrants moving to New Zealand to snap up available houses. 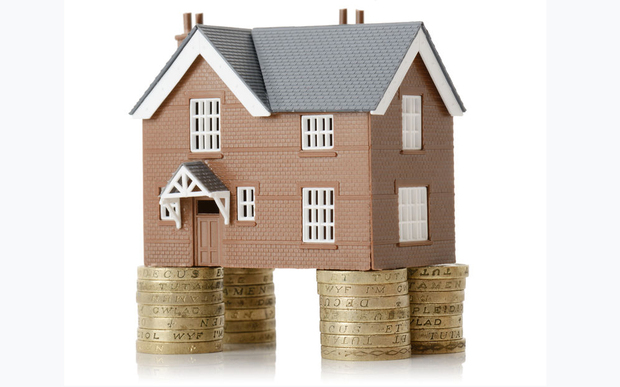 Opposition parties are already calling for restrictions on foreign buyers, and reducing the number of immigrants allowed to come to New Zealand each year. However, they will need to tread carefully so as not to unfairly lay the blame on new migrants and make them unwitting scapegoats for the over-valued market.

Ever the politician, Mr Key trumpeted the migration statistics as a success story, as they were in part a reflection of more New Zealanders staying here, rather than leaving for other countries.

Another argument which has come to the fore again is over a capital gains tax, and whether there is already such a thing in New Zealand.

Both Mr Key and Economic Development Minister Steven Joyce have alluded to the fact that New Zealand basically has a capital gains tax, in response to Labour's repeated assertions that would help take the heat out of the market.

The Inland Revenue Department says, unequivocally, New Zealand does not have a capital gains tax - unlike Australia.

What New Zealand does have is a tax aimed at speculators and developers. The key criterion is if you buy a property with the express intention of reselling it, you will pay tax on any profit.

However, if you buy a property with the intention of only renting it out but you do end up selling it down the track, it's seen as a capital asset, and so any profit would not be taxed.

On the flip side, if you do fall into the category of speculator or developer, buy a property, rent it out, then sell it, the profit is then taxable.

The key difference is whether or not there was an intention to resell when the property was bought.

The National government says this is pretty much a capital gains tax, while Labour insists it is not.

Labour proposes a 15 percent tax on the profit of any property, shares or land, excluding the family home.

It argues it is a much more comprehensive tax than is currently in place, and would help stabilise house prices and rental costs.

National argues it's complex to administer, and the Government already has a tax targeting property speculators.

However, the IRD does not rely on property speculators and dealers to comply with the rules, having carried out 800 investigations since 2010, focusing specifically on the property sector.

Generally voters don't like new taxes, especially if it hits their own pocket.

However Labour is pitching the idea that a capital gains tax will lower house prices and rents, thereby taking the sting out of a new tax.

It has also made the policy more palatable by excluding the family home.

The Reserve Bank imposed restrictions on low deposit housing last year, which is having some effect, and has indicated it will keep increasing the benchmark borrowing rate throughout the rest of the year.

Despite their concerted efforts, no one political party seems to be winning the housing debate, or the battle to rein in the housing market, with so many dynamics in play.

If interest rates continue to rise and migration spikes in the lead-up to the election, there is only going to be more pressure on the two main parties, in particular, to convince voters they have the answer to New Zealand's housing woes.