Wellington City Council has knocked back Wellington Water's bid for more money, saying that the organisation needs to provide more detail on its spending plans. 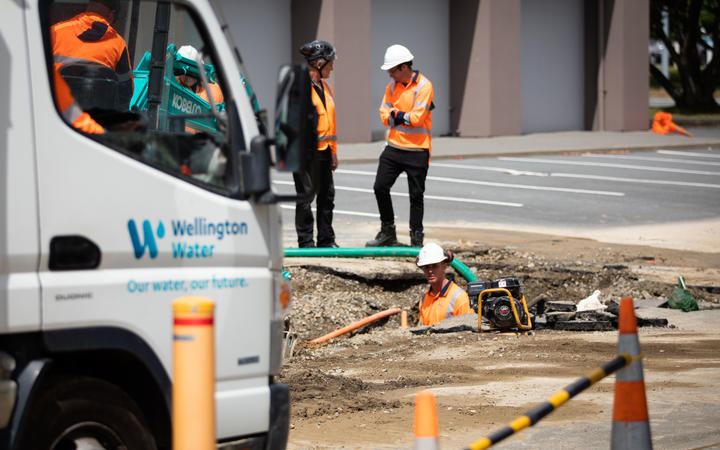 Wellington Water has asked for an extra $12 million for its budget over the next two years, including a $3 million window for overspend.

That's on top of an extra $5 million the council added to the current budget earlier this year, and adding again to the council's 10-year investment of $2.4 billion.

Despite these finances, Wellington Water is facing serious shortcomings in the capital.

Other councils around the Wellington region have said paying the water company more has kept their water woes at bay.

At today's Infrastructure Committee meeting, a supplementary paper was put forward, requesting a $9.64m increase over the next two years.

But Wellington Water put in an additional request to increase that number by $3 million just two weeks ago.

Council officers said that did not give staff enough time to assess the information and recommend a decision to the council.

That did not sit will with some councillors, notably Fluer Fitzsimons.

"I put a lot of weight on the analysis and advice I get from our officers, and yet this is one of the very very few decisions I can think of where that hasn't been provided" she told council.

"So it rings alarm bells for me, I don't understand why there is such a rush to get it here now without that advice"

The paper suggested application for the total budget increase be made to the Department of Internal Affairs for "Better Off Funding" to minimise rate payers footing the bill.

Wellington Water was at the meeting and said it provided the short notice detail to give council as much of a heads up as possible to future problems.

"If that trend continues, and we think it will for the next two years, we need this additional funding.

"There is increasing levels of uncertainty across a number of areas - increased inflation, very tight and competitive labour market and supply chain issues."

Ford said the extra $3 million is a forecast only.

That sum does not cover emergency responses to significant incidents, which Ccouncil has agreed to fund separately.

Councillors unanimously agreed to push the budget proposal two weeks so that both Wellington Water and council officers could provide more detail on the budget increase.