Twenty-three hotels and thousands of managed isolation and quarantine (MIQ) rooms are now sitting empty across the country, as the system winds down. 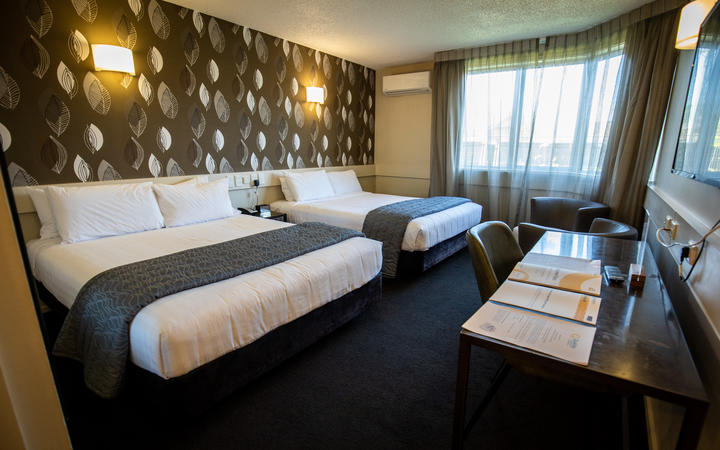 This week, the Ministry of Business, Innovation and Employment said 20 former MIQ hotels shut to begin the process of being decommissioned and refurbished, and of 12 still use, three were empty. Photo: RNZ / Nate McKinnon

MIQ officials have announced the only four facilities that will remain beyond July are Auckland's Jet Park Hotel, Holiday Inn and Waipuna Hotel, and Christchurch's Commodore Hotel.

This week, the Ministry of Business, Innovation and Employment (MBIE) said 20 hotels shut to returnees and community cases to begin the process of being decommissioned and refurbished.

Just 12 remain - and eight of them will continue to be used until the end of June, at the latest, as MIQ facilities while the country weathers the Omicron outbreak.

They are the Naumi Hotel, M Social, Novotel Airport and Ramada Hotel in Auckland, The Quality Hotel Elms in Christchurch, Grand Mercure in Wellington, Amohia Jet Park Hotel in Hamilton and Sudima Hotel in Rotorua.

MIQ head Chris Bunny said while MIQ was winding down, "it will still play a role in the community and at the border."

Unvaccinated travellers, mariners, air crew and refugees still have to go into MIQ, despite most New Zealanders now being able to enter the country freely.

Data from MBIE shows there are about 340 people in isolation or quarantine - just a fraction of the 2600 that were there a month ago.

Of them, 246 are in isolation and 94 people are in quarantine, including 88 community cases and close contacts, and six border cases.

MBIE said they were occupying nine hotels, while three were currently empty. 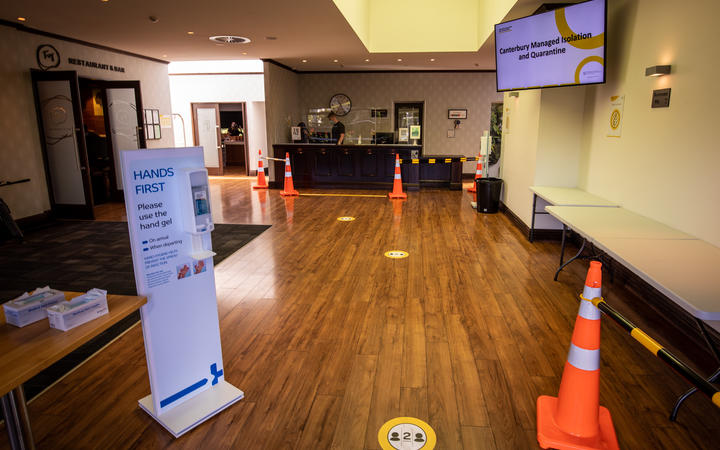 Eight hotels will continue to be used until the end of June at the latest. Photo: RNZ / Nate McKinnon

The MIQ workforce - once made up of more than 4500 people from several different agencies - has begun to shrink.

Already, MBIE said about 1100 workers from 'partner agencies' of MIQ, had departed, including 300 healthcare workers and nurses, and 600 defence personnel.

In a statement, police confirmed more than 200 officers had been released from MIQ duty, and returned to districts and service centres.

MBIE said 2835 staff worked at the 20 hotels that have begun the decommissioning process.

For some - from outside agencies - work is still underway to find new roles with their employer.

Among others, like hotel staff, Unite Union said there was still "plenty" of work to go around, and no reduction in hours, because they were helping with the refurbishment.

MBIE said it was working closely with its main partners to ensure staff were supported and continue to be paid.

"Our priority will continue to be to support staff over the coming weeks throughout this transition period," Chris Bunny said.

MBIE said at least 1700 staff have still been at work at the decommissioned hotels over the past seven days.