Locals living by the highway between Napier and Taupō are lodging a petition with Parliament to try and stop the speed limit being lowered to 80km/h along part of State Highway 5. 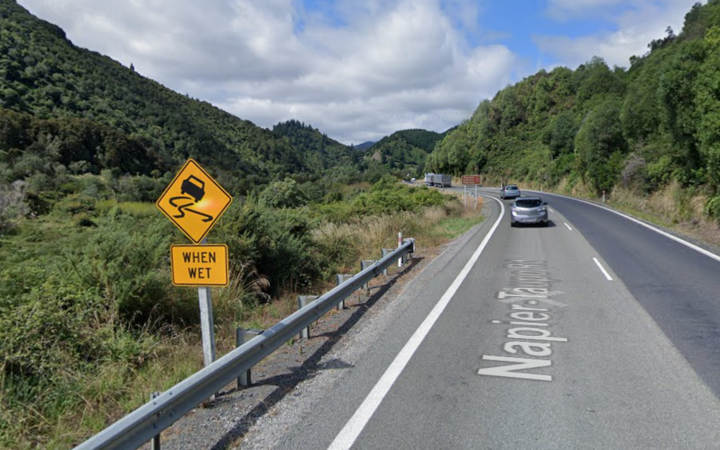 There have not been any fatal crashes on SH5 since the launch of the 'Stay Alive on 5' campaign 15 months ago. Photo: Google Maps

From 18 February, the limit along State Highway 5 between Rangitaiki and Esk Valley will be permanently lowered from 100km/h to 80km/h.

This has angered many in the local community, who believe it will have social and economic impacts.

The road had a bad name for fatalities, with eight deaths in the space of 10 months from December 2019 to October 2020.

However, since police, Waka Kotahi and road safety agencies launched the "Stay Alive on 5" campaign 15 months ago, there have not been any deaths.

The petition will ask the House of Representatives to instruct Waka Kotahi, to rescind its decision on the speed limits.

Goodspeed hoped the petition would be live on the parliamentary website by early next week.

Advocates are planning a private sit-down meeting with MPs later this month to discuss their concerns.

Goodspeed said she believed Waka Kotahi had not followed due process and said there would be negative impacts for businesses across the country.

"There will be ripple effects from this decision on the trucking community, on availability of trucking hours to get groceries from Auckland to Hawke's Bay."

She also had been told it could reduce logging truck income by 25 percent.

Last year when the decision was made, Waka Kotahi's director of regional relationships Linda Stewart said it was "not safe or appropriate" for the road to have the same limit as Auckland's southern motorway or the Hawke's Bay expressway.

"Speed limits should reflect the type of road and their environment. The road traverses a constrained and challenging environment and is hilly with sweeping bends and no physical separation of traffic travelling in opposite directions."