An immunologist says it is only a matter of time before the Omicron variant of Covid-19 emerges in the community, and getting a third dose of the vaccine will help protect New Zealanders. 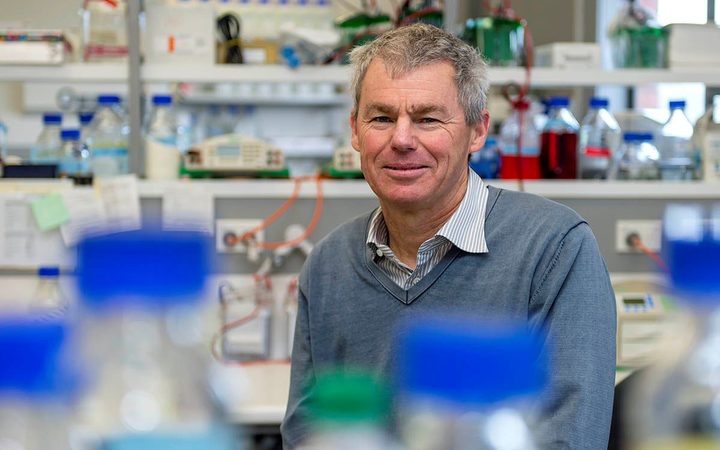 Today, the Ministry of Health reported a further nine cases of the variant in international arrivals in MIQ, taking the total to 22.

Cabinet today considered whether to shorten the wait time between the second dose of the vaccine and the booster dose. An announcement on a decision is expected to be made tomorrow.

Professor Graham Le Gros, of the Malaghan Institute of Medical Research, told Five O'Clock Report that it was going to be a tough call for the government to get the population to consider the booster shot, having done so well to get 90 percent of the eligible population to double doses.

"But I'm afraid the tough news is we have to get ready for that booster shot, because Omicron changes the game.

"It looks as though you need a third shot to really be protected and we don't want the Omicron virus running rampant in our community early next year."

While managed isolation and quarantine workers were trying their best, Prof Le Gros said it would only be a matter of time before the Omicron variant emerged in the community.

"This virus looks as though it can escape and bypass all the PPE and all the things [protocols] we have in place at the moment, so it's just a matter of time, even with the best of efforts."

It was important to get ahead by shortening the wait between the second and third doses, particularly for vulnerable communities like Māori and Pacific, he said.

The period could go down to three months but that would not induce as strong an immunity protection as a slightly longer wait, he said.

"At the end of the day, we want to get the whole population really immune protected, which is what you achieve with a five to six-month [wait for the third dose]. I'm sure the government will look at all the evidence but I'm sure we can do a good job if we just go down to five months."

He expects the government will tomorrow announce that there will be a reduced wait time of four or five months to get the booster shots.

Similar to the second dose, there will be a two-week wait for full effect of the booster shot to kick in, which was another important consideration in shortening the timeframe, he said.

"Get those boosters ready, get the arms ready so that people are psyched up for it. I know people don't want to hear this but the virus doesn't respect Christmas. The Omicron virus doesn't respect our holidays and our need for a break, it's just going to start getting into [the community]."

Evidence out of the UK suggested that the Omicron was just as bad and virulent as the Delta variant, he said.

"A few anecdotal reports coming out of South Africa [suggested it was milder], that was what we hoped for, but at the moment it looks as though the data emerging [shows] the Omicron is just as bad as Delta.

"I believe, as an immunologist, they [the government] should move as sharply as they can [on booster shots]."

If there is an outbreak of the variant in the community Prof Le Gros fears it could force the government to go back to looking at the previous regime of alert levels and lockdowns.

"Let's just hope we can keep it out for long enough that we can get the booster shot into everyone's arms."