A review has found it is not always clear-cut that the Security Intelligence Service (SIS) should tip off police when it detects crime while carrying out surveillance. 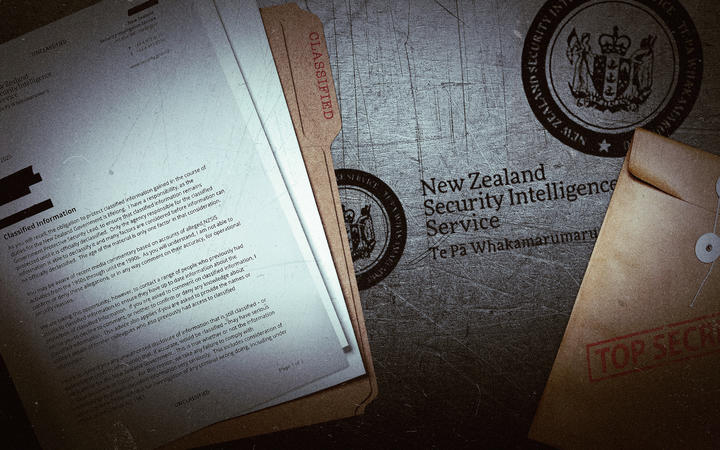 The review goes through four incidents where this has happened.

It follows the case 30 years ago of the agency finding evidence a notorious sex offender was raping his daughter, but not telling police.

Inspector-General for intelligence and security (IGIS) Brendan Horsley, who conducted the review, said the public may find it surprising that SIS decisions on whether to pass on information could be difficult.

"The service had (and still has) discretion on whether to provide police with information on crime discovered in the course of intelligence operations," he said in a 14-page review today.

"There is good reason for this discretion."

The SIS knew about rapist Ronald Van Der Plaat for two years and did not report it.

A complaint was lodged in mid-2020 with the IGIS about a serious crime case.

Horsley found the SIS should at least have considered passing the information on - but an internal agency review found there was no policy covering this; the law was amended in 1996 so the SIS could share, though left it entirely up to the agency director's discretion.

The IGIS then opted to look into how the agency makes decisions around that.

His conclusion is the SIS is mostly getting the balance right, though it should make its internal rules more precise, and sort out with police what constituted intelligence sharing as opposed to disclosing a crime.

Horsley recommended the agency should categorise crimes for escalating how a call was made, such as if they involved imminent physical harm, organised crime, or a threat to children.

It was complicated because the SIS preferred and could request that any information it passed on not be used as evidence in a prosecution, making the information less useful to police.

It should introduce a way to talk it over with police without actually disclosing the information, Horsley recommended.

His nine recommendations aim at making the rules and decision-making clearer.

The review looks into four incidents involving one person the SIS had under surveillance, and an associate.

In the first, the SIS reported what it knew to the police as intelligence, but not as a formal disclosure. This should have been evaluated better, Horsley said.

When the SIS found out about offending by the associate, they told police verbally - a lawful disclosure, the review said - but then became worried about "the impact any police action might have on the target's behaviour and any consequential prejudice to the Service's operation".

While that decision was robust, "it made no attempt to work with police to identify how the anticipated risk could be mitigated".

In the other two incidents, despite the offending seeming to become more serious, the SIS did not report or disclose it to police. It was entitled to make this call, though the analysis should have been better.

The offending was "not its prime concern", and it would have helped if the SIS's lawyers had been filled in to add their view to the intelligence analysts.

The agency now has a Standard Operating Procedure that includes assessing if a crime is, in fact, serious, specifies the records to keep and has some guidance around possible risks from disclosing information.

The SIS has a lower bar to clear to get a warrant for surveillance, but to balance that lacks the enforcement powers of the police - so if the SIS was forced to tell police things, that would not be good, Horsley said.

"Enabling or obliging the service to disclose to police any and all information on crime - or even serious crime - incidentally obtained through intelligence operations would result in the police being more frequently supplied with information they could not lawfully acquire using their own powers.

"Discretion for the service means this occurs only exceptionally, subject to case-by-case assessment of the relative importance of the intelligence and law enforcement interests at stake."