A Masterton councillor asked a fellow elected member to watch their tone of voice as tensions rose in civic centre talks on Wednesday. 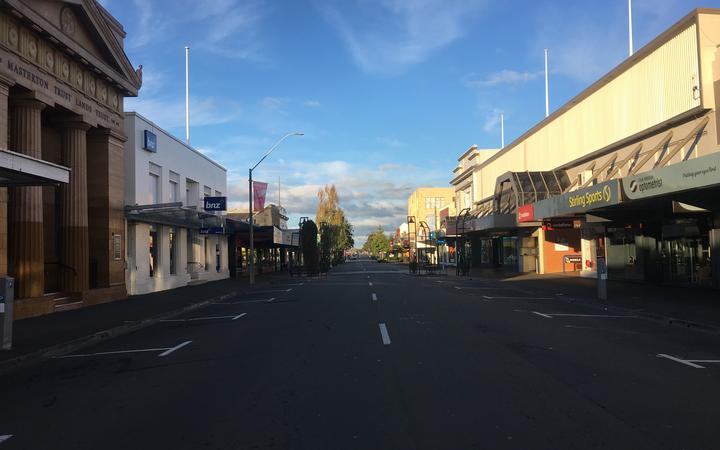 Councillor Tim Nelson said he found councillor Tina Nixon's tone of voice "appalling" as she defended the attendance of of the Civic Facility Project Committee, which she chairs.

Councillor David Holmes said he was worried that, with just four elected members, the committee did not have "big enough" representation from council.

Nixon said: "Don't forget we have our Māori members on this committee as well", referring to the two iwi representatives appointed to the council.

"I take your point that it might seem a little skinny on numbers right now," she said.

"If I was running it, it would be skinnier. And actually if I was really able to make the decisions I want, I would follow Christchurch's lead and have the entire project run by an external team.

"But we're not. This is what we've got. And I'm still confident we have the right people around the table."

Holmes asked: "Do the Māori representatives turn up to the meetings? Are they in attendance? Do they attend them all?"

Nixon responded, "yes, but not all meetings".

"Just like some of the committee members don't turn up to all meetings.

"Just as some of the people around this table don't turn up to all workshops.

"Just like some of the members around this table don't turn up to a lot of the other stuff."

Holmes said: "I asked about the specific project".

Nelson said: "I think councillor Nixon should watch her tone of voice. I find it appalling".

Mayor Lyn Patterson then asked for elected members to "calm down and move on".

Earlier in the meeting, Nixon said she was "really happy" with the progress the Civic Facility Project Committee had made to date.

She thanked council staff and all members of the committee, including councillor Bex Johnson who recently resigned from it.

Councillor Gary Caffell noted there had not yet been a public meeting of the committee and that "everything seems to be in workshops at the moment".

Nixon responded that this was because of commercial sensitivity while contracts were being discussed.

"I have said right from the outset I want this to be the most transparent process that we have had at the council," she said.

"We're not quite there yet because of all the preliminary work that involves commercial sensitivities, but I'm confident we will get to that point and hold our first public meeting in the new year."

On his Facebook page Masterton Matters, Caffell said the cost of the quantity surveying role for the new civic centre project was $231,142.50.

"However, the cost of the civic fundraiser contract which was awarded at the same time is still to be confirmed but that should happen within the next few days.

All decisions on the civic facility are made by the full council.