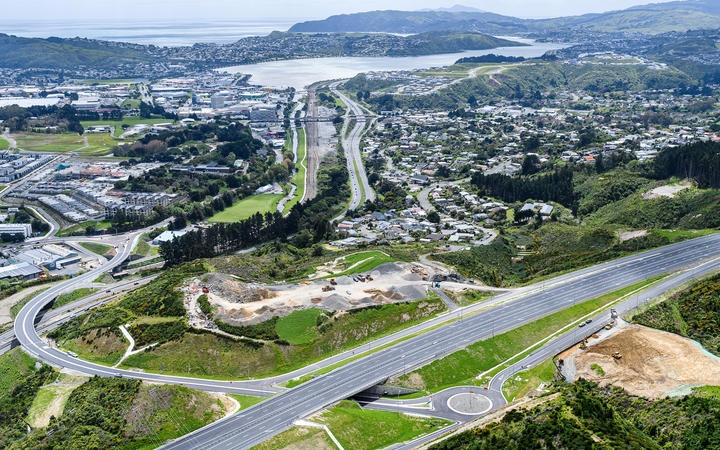 Flushing is a pavement surface defect which results in a smooth surface texture.

In hot weather, the binder in a flush surface can become sticky and soft and in wet weather the area can be very slippery.

The report identified that in an effort to rectify the issue loose chip had been spread over the affected areas.

An observation was made that an attempt to roll the loose chip with steel drum rollers was not effective.

"Close inspection of the chip seal after rolling by steel drum showed some chips had been crushed while other chips had their tops broken off. Bonding of the loose Grade 5 chips to the excess bitumen was not apparent. Breaking the tops off the chips in the chip seal would reduce the texture depth of the seal.

"Our observations concluded that this rolling with steel drum rollers was detrimental to the seal, not beneficial."

Stantec said the problems should be addressed before the road opened to the public, particularly with the summer months ahead.

"It is difficult to predict what will develop after opening... It is likely that distress if any will be flushing, not chip loss. Flushing, if any, will be most likely to develop in warm and hot weather. So the first summer after opening will be the period of most concern."

Waka Kotahi Transport Services general manager Brett Gliddon said the issues with flushing were partly why the road had not been able to open before Christmas.

As at 10 December, out of 100 safety and quality assurance tests, 41 final test submissions had been received from the builder CPB HEB, of which 34 had been accepted.

Of the 45 consent tasks that need to be completed as at 3 December, 17 had been completed, 26 were underway and had been progressed to varying degrees.

Waka Kotahi would not confirm if its contractor had offered to open the road before Christmas despite the outstanding tests and tasks.

"It is not up to CPB HEB to decide when the road can open - this is ultimately decided by WGP [Wellington Gateway Partnership] and advice that the Independent Reviewer is satisfied that all safety and quality assurance tests have been met," a spokesperson said.

"Unfortunately, partly based on the advice from the Independent Reviewer we do not have sufficient assurance that all the tasks still needing to be finished to ensure the road is safe and reliable on an enduring basis can be completed between now and Christmas."