People planning New Year' Eve celebrations in Auckland are hailing the city's next step towards freedom, just in time to bid goodbye and good riddance to 2021. 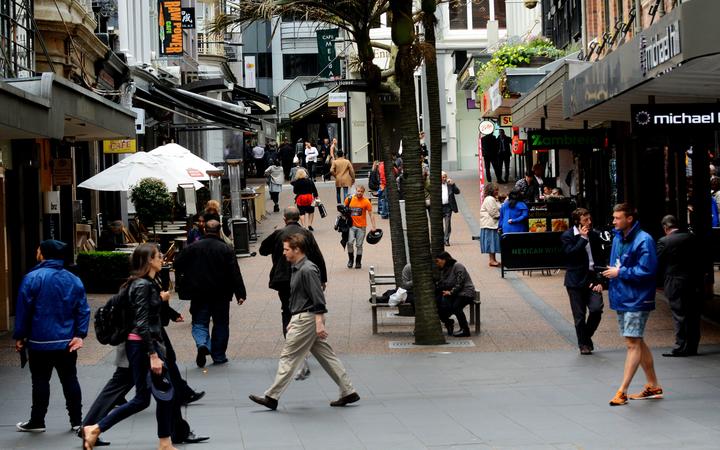 But business leaders say they were not expecting the two-and-a-half week wait - which could be the difference between some businesses earning money this side of the New Year.

Auckland will be joining most of the rest of the country in the orange traffic light setting at 11.59 on 30 December, meaning fewer restrictions for bar, restaurant and night-club owners and their patrons.

It could see packed bars and dance floors for the first time in 19 weeks.

Chris Whiting said his plan for summer was to "let everybody else go, and stay around town" - and that had just paid off.

Dale Whetton said he would also be making use of more options available on his doorstep to ring in the New Year.

"I think I'll go out, not sure where yet. But it will be fun. It will definitely be fun. And the orange light will help a lot," he said.

Peter Bale said he would also be heading to the bars - albeit with a little trepidation.

"I think I'm suffering from what a friend of mine called 'timid elephant syndrome'. I've become so conditioned to being locked down that I'm not going out as much as I would normally. But I will look forward to it," he said.

Yet the message from hospitality operators was one of surprise.

Auckland Business Chamber chief executive Michael Barnett said many were expecting a shift to orange in a few days, around the same time the Auckland borders opened.

Instead they were having to hold off for two and a half weeks - or two full Covid-19 transmission cycles - so there was going to be "a large amount of disappointment", he said.

"Orange would give those venues associated with events and those associated with hospitality a greater opportunity to have higher numbers at their venues. And those numbers are the difference between breaking even and earning some money."

Getting to orange this side of Christmas would have been a reward for what Auckland has done in its vaccination efforts over the last three months, Barnett said.

"And it's going to be confusing because it's okay - as visitors - Aucklanders can go into orange but we can't have orange at home."

Heart of the City chief executive Viv Beck was pleased that businesses had some certainty, and hopeful visitors would now be lured to the city over summer.

But she was also disappointed the shift to orange had not come sooner.

Beck said yesterday's announcement also lacked any offer of financial support for the businesses missing out on bookings and customers, or those unable to open at red.

"For those businesses that are really hanging on by a thread right now, heading towards the holiday season, they'll be concerned about the fact they've had such a difficult time and there's nothing signalling any support for them," she said.

Auckland Mayor Phil Goff had been keen on a move to orange because of the high percentage of vaccinated residents.

More than 90 percent of the city's eligible population have had two doses.

But he said he was not surprised at the government's caution, which had served the city well in the past.

"We're feeling pretty good about the coming summer [with less restrictions and the border opening], but I do feel for the hospitality industry," he told Morning Report.

"You look across the Tasman you see what's happening in Sydney at the moment, I was reading the other day there was a Christmas party in one firm and it had ended up with 54 of the people attending it coming down with the Omicron variant, there is that risk."

The next full review of the traffic lights settings will be on 17 January.