It's not just R&V that has gone in Gisborne for summer, a day at the beach might be out too. 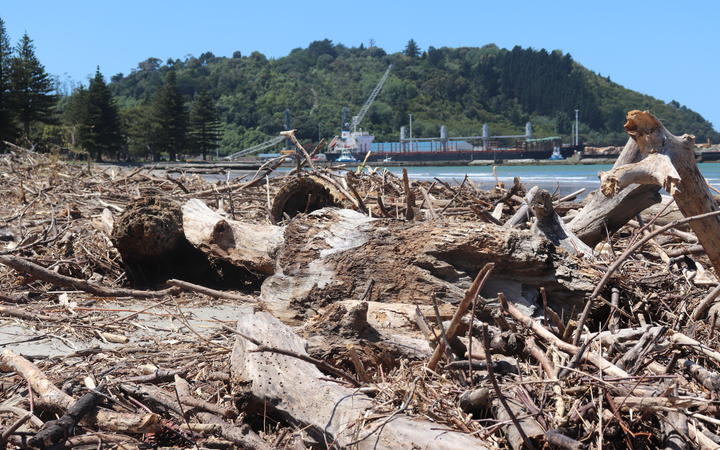 Wood has been piling up on city's beaches after recent flooding.

It has been rushing down from the rivers, into the sea and washing up on the sand.

Just two weeks before the floods, Gisborne District Council spent between $50,000-$60,000 to clean the beaches up.

To get to the water at Waikanae Beach in Gisborne, people have to climb over mountains of wood.

Locals sitting by the beach said they were disgusted by it.

"The beach is perfect but the wooden stuff, it's a nuisance, it's horrible to walk on, it's just everywhere," one said.

"Summer's coming, so people don't want to be walking around on the wood, people want to be on the beach playing.

"We can't walk through and enjoy it, It's paru [dirty]," said another.

The Waikanae Surf Life Saving Club is on the shores of the beach.

Executive committee member Michelle Mitchell said after the clean up, it was looking great.

But now, she called it an "eyesore", especially at high tide.

She said that was "not ideal" coming into summer.

This was not a new problem in Tairāwhiti.

The region has had its fair share of slash covering the beaches.

Gisborne District Council director of liveable communities Michele Frey hoped the council could look at proactive, instead of reactive solutions which they had done in the past.

She was putting forward a plan to be signed off by councillors. 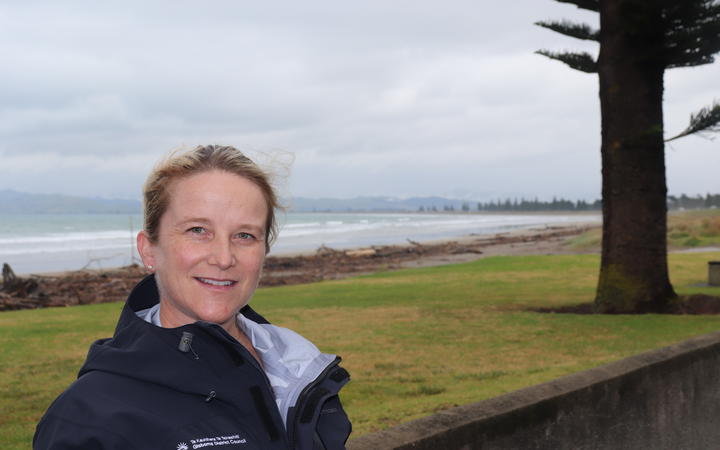 Staff were were still trying to figure out where all the debris came from at Waikanae Beach.

"We aren't sure exactly, so there's a range of different sources ... it's a mix of all sorts of different tree types, so being able to attribute it to one source is really difficult, and that's part of the challenge for us."

She said the council were putting the removal of the wood out for tender with contractors, but she did not know for certain how the wood would be removed.

"We are working through that at the moment, ideally we wouldn't have had our second storm event and the beach would be clean and all ready for Christmas. But with that latest storm event, it's a really tricky one, this is not a cheap or easy job."

Further north in Uawa or Tolaga Bay, locals have started mulching the wood that had fallen on the beaches after years of storms.

Uawanui spokesperson Victor Walker said they had a "whakapapa of wood" lying on the beach, but were successfully working through ways to remove it.

"What we've got now is a whole lot of mulch sitting in a council property and safely away from the beach. The mulch will be used for our Uawanui native nursery - and on top of that we also organised different whānau might want to use the resources for their own gardens."

Some had been turning them into bonfires but Walker said that did not go down well with the community.

"The wind's so changeable and what we ended up with was a whole township of people disgusted with all the pollution and the smoke. We went to plan B which was to remove the wood back up off the beach, get it dried and little bit and then mulch it.

The council said mulching the wood is better for the environment but more costly.

Frey said staff would work with stakeholders, including mana whenua, to get the clean up right.

She said it was not just a forestry problem, which had caused most of the problems in Uawa.

"Once the woody debris becomes established on beaches it becomes everyone's problem."