Two New Zealanders are heading to court today in a case that could affect thousands of migrants and their families. 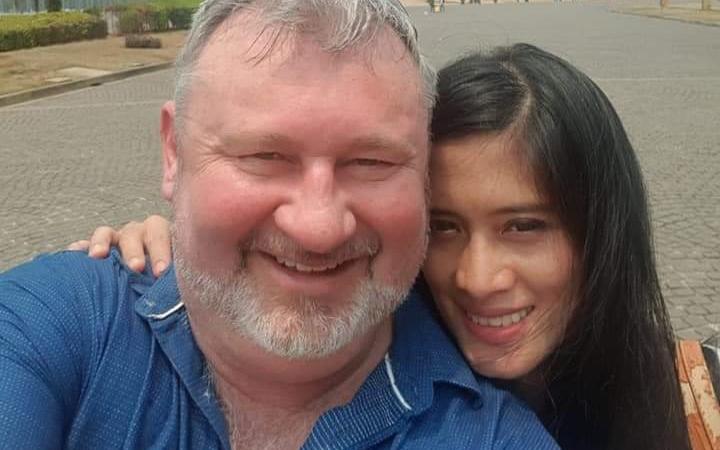 Both men have been unable to bring their partners into New Zealand - Witbrock's husband is in China, while Higgs had been due to marry his fiancée last year but she and her two sons are still in Indonesia.

Decisions on temporary applications from people overseas are up in the air - possibly being reconsidered from next August although the border is to be reopened to foreigners from April.

Higgs, who owns a business in Levin, said he and fiancée Riani applied for visas in February 2020 and then Covid hit. "We were supposed to be married in June of that year, and she was coming over for our official engagement party. I'd met her family over there. We just fell in love and wanted to get married and live our lives together.

"It's just horrible to be kept apart. It's been pretty devastating and ripping for the kids, they're expecting to have a dad - their father passed away through cancer eight years ago and the seven-year-old son hasn't really known a father."

New Zealanders with overseas partners must have lived together before being eligible for partnership visas - not easy before the pandemic, but harder and riskier now.

How long they must have lived together is not set in stone, but has precluded many couples for cultural and practical reasons. It works against couples who have not lived as a couple before marriage for religious reasons, and against New Zealanders who cannot take an (undetermined) leave of absence from work to live abroad first.

Those who cannot apply for partnership visas because of 'living together' requirements have to apply for a general visitor visa, but those are not being processed during the Covid restrictions.

Witbrock could not live with his husband in China because they could face harassment as members of the LGBTQI community. For Higgs, work commitments in New Zealand have been compounded by a respiratory illness last year and diabetes that stopped him from going back to Indonesia.

"Doctors have given me a letter that said they will not allow me to travel and it would be fatal if I did contract Covid. There's that, and also the fact that I've started a new business and and have other people relying on me. You know, I really can't walk away from that."

A crowdfunding appeal had of yesterday afternoon raised $48,000 of a $50,000 legal fund to fight the court case. The results could have implications for migrants who are in New Zealand, but whose partners are stuck overseas without visas, and for couples in arranged marriages who have not lived together.

Immigration rules had not kept up with the realities of relationships that had survived through the separation of Covid, and that were as strong as couples who shared a home, said Higgs. Families needing to be together was universal, he said.

"We video chat five or six times a day, she rings me up at three o'clock in the morning just to say good night, every night. There's lots of different things happening that we can share and work through and all that sort of stuff. It's the relationship I've been looking for all my life and so supportive both ways.

"I saw comments about Auckland [on social media], 'hey for three months we haven't been able to see our whānau.' And I wrote and said 'I really feel for you, I understand what you're going through'. And spare a thought for the thousands of migrants, but also New Zealand citizens, that have not seen their partners for, two or three years and and their kids."