A new report taking stock of the country's shipping sector reports an uneven playing field for domestic and international providers, and major problems that need to be fixed if resilience and environmental goals are to be met. 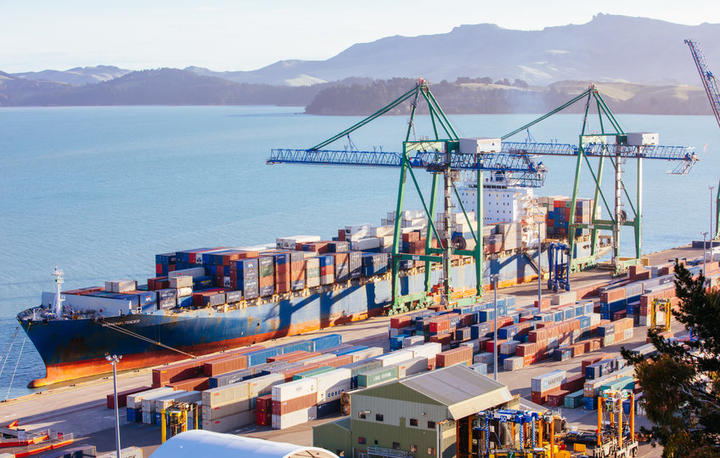 Commissioned by Waka Kotahi, the report found New Zealand shippers were being short-changed on a number of fronts compared with their overseas counterparts.

"There appear to be obvious and hidden subsidies, distorting the level playing field", it noted.

"This may be an infrastructure problem - a lack of tank storage at ports and no distribution capability."

It also raised the complication of obtaining ships that meet New Zealand's carbon-emission requirements, and noted there had been much talk but not much action so far on biofuels as a viable alternative.

"Uncertainty around which fuel might be available, in what quantities, at what price, and their sustainability credentials, risks delaying important critical path decisions and investments in the world's fleet and infrastructure."

"Zero-carbon fuel producers need to start entering the marine market in the early 2020s and grow in scale throughout the decade.

"By 2030, technology readiness and costs - which ultimately affects the price of the end-fuel, - will need to lead to zero-carbon fuels being competitive against the conventional marine fossil fuels."

It also noted the lack of a sufficient dry dock for maintenance and upkeep, meaning domestic ships had to go overseas at a cost of around $1 million. 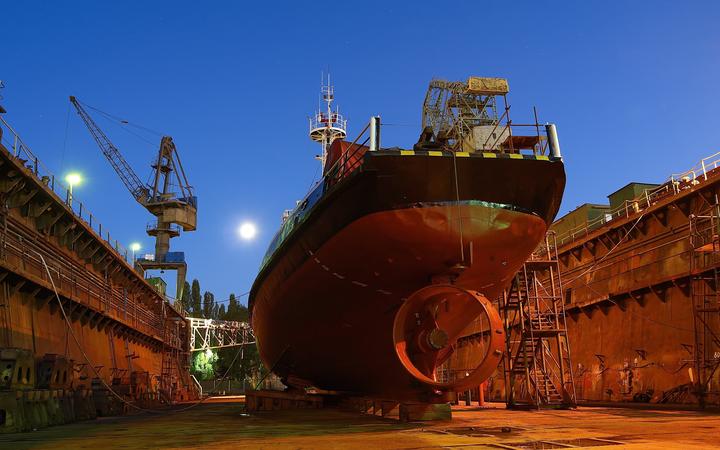 Many ships have to be taken overseas for dry dock work. Photo: 123RF

International ships had only to content with a restriction in the Maritime Transport Act stating they could only carry coastal cargo if they were charting that course within a country anyway.

The Coastal Shipping Investment Approach State-of-Play report was commissioned by Waka Kotahi, to help determine priorities for $30 million of funding earmarked for coastal shipping in the most recent National Land Transport Programme (NLTP).

Transport minister Michael Wood said the government was committed to diversifying the supply chain, in an effort to make it more sustainable.

"We are still experiencing the serious consequences of Covid-19 on global supply chains, with unprecedented delays to freight, so it's essential that we increase our resilience against any future disruptions of this scale.

"Investing in the blue highway will make our supply chain more resilient, which is especially important given the strains that Covid-19 and global congestion have placed on it. The Kaikōura earthquake also showed how important it is to have a reliable alternative to move freight on top of road and rail," he said.

The lack of a level playing field has been something coastal shipping proponents have long raised issue with, in particular the provision in the act that let international carriers move domestic freight at all. 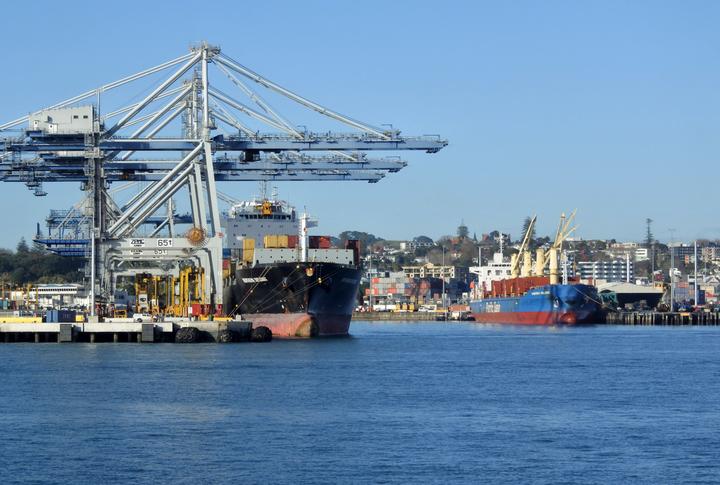 The report by independent consultants Pacific Marine Management was the first of three that will guide how the $30m set aside will be spent.

It described ways domestic resilience could be improved in light of the Covid-19 pandemic, including separating domestic networks from international networks, a larger domestic fleet and better infrastructure to serve it.

"In order for larger ships to call at New Zealand ports, most port infrastructure will need to be rebuilt. Berths are too small and increased length, beam and draft poses issues for port entry."