Iwi health providers are going into the heart of Gisborne's most vulnerable communities to get the city's whānau vaccinated. 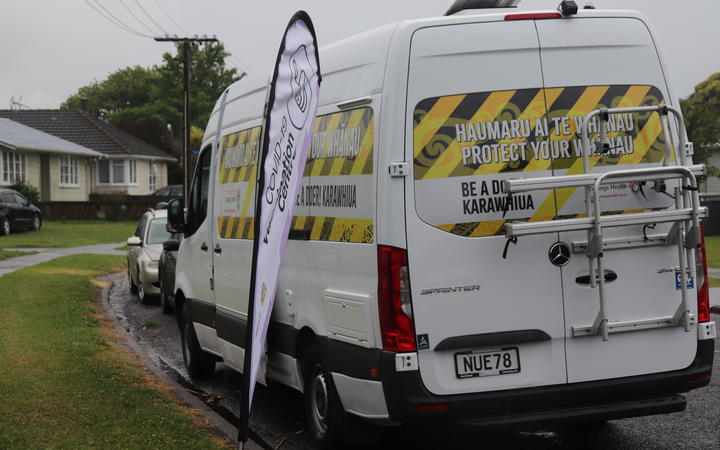 The Tairāwhiti region is the lowest fully-vaccinated region in the country, at 76 percent of eligible people having had two doses of the vaccine.

Turanga Health's brand new vaccination van, supplied by the Ministry of Health, has been working the roads of Tūranganui-a-Kiwa.

At a small park among homes in Mangapapa, one of the suburbs in the city with the lowest vaccination rates, nurse Janneen Kinney said there were clear benefits for directly visiting these neighbourhoods.

At the park a hot, dry humid day turned into seemingly torrential rain.

Kaimahi were encouraging people to get their vaccine with free coffee, burgers and making it a whole whānau event. 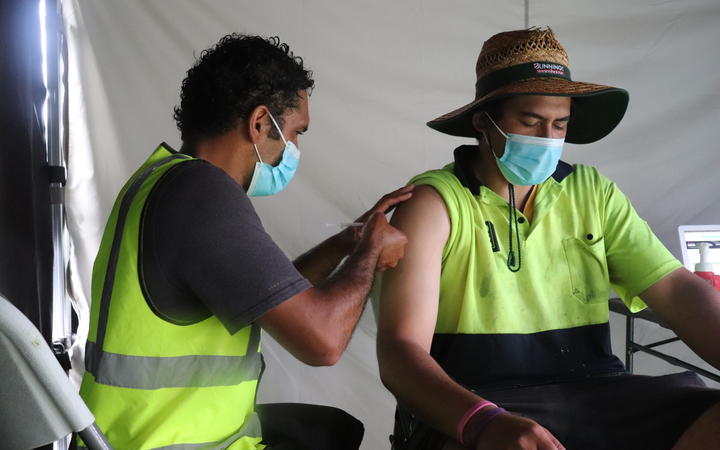 Rawinia, who did not give her last name, had recently changed her mind about vaccination and was there to get her first dose.

"I was following all those people that were telling me all these stories and I believed them, and there was no proof in the pudding - people aren't dropping dead," she said.

The people she followed promised freedom, but she found the opposite was actually the case.

'The traffic light thing told me I'm locked down I'm in red and I'm going to stay in red 'cause I've got no vaccination and I'm not allowed to go anywhere. I'm allowed the supermarket and the petrol station only - what sort of life is that?

"They were trying to tell me 'oh, save your life, don't get the vaccine' - there ain't no life in that!"

There is a significant Black Power presence in the area and one member Sam Kaloni, was there to get his first shot.

He said he was getting it for his family and kids. 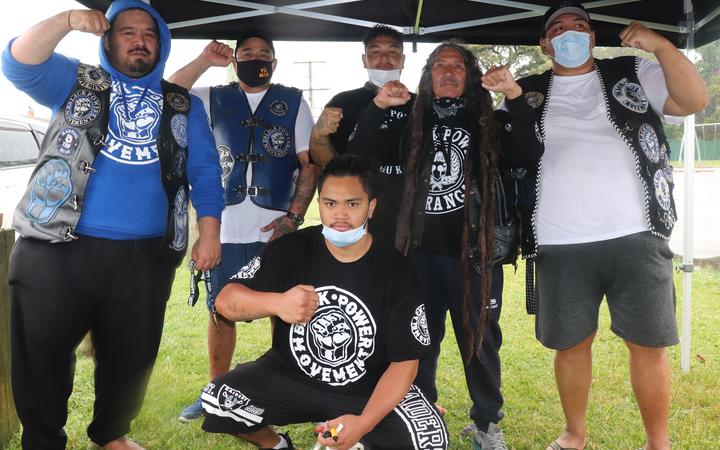 Black Power members turned up to get vaccinated at a small park in the Gisborne suburb of Mangapapa. Photo: RNZ / Tom Kitchin

Black Power Tūranga chapter president Basil Franklin was there for one reason.

"Get all our mokos, our tamarikis, our whānau, my sisters, my daughters, their family, all here today and get them all vaccinated, because they all live in this area and I was brought up in this area."

Turanga Health chief executive Reweti Ropiha had helped them through the decision process, he said.

"He's given us some pānui that's got the dates, the venues, the times and the places of where to get vaccinated."

Ropiha said it was important to have the gang involved to get their whānau inoculated.

"It was around, rather than being invisible and not turning up, this is about being visible and getting that vaccine, so I don't think if we hadn't gone to that level, this whānau here wouldn't have been participating."

Ropiha said they needed to be as protected as possible.

"Having that fortitude to get Māori uptake as much as possible is extremely important. You'll see that in a setting like this, if Covid did come here, what risk that would pose."

They vaccinated 40 people within two hours at the Atkinson Street Reserve in Mangapapa. 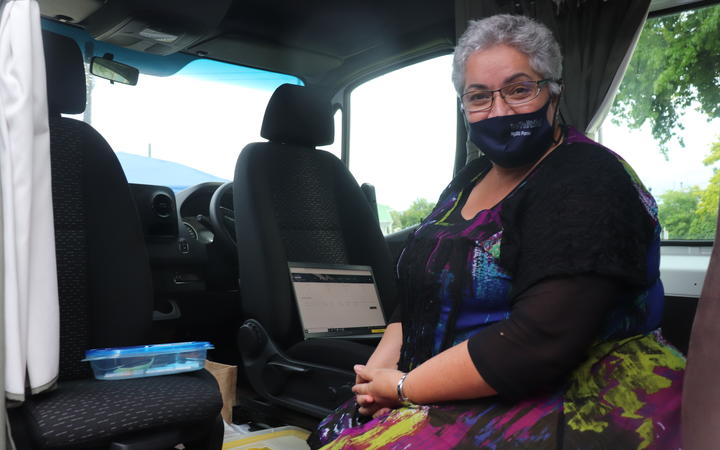 Over the bridge in the suburb of Kaiti, Ngāti Porou Hauora vaccinated 25 people in three hours - including some people already getting their boosters.

It also has a campervan supplied by the Ministry of Health, and was set up at the low-decile predominately Māori Ilminster Intermediate School in Outer Kaiti.

The suburb is lowest-vaccinated in Tairāwhiti, with latest data showing 75 percent of eligible people had had one dose and 57 percent two doses.

"What we found is that large amount of our community intend to at the moment, it's not a priority - that's why these mobile clinics are really important - to continuously get out there in the community.

"We look at sending a text message out to those who are not vaccinated within a 500 metre radius of the location, and flyers."

Tairāwhiti needs about 1500 more people to get one vaccination dose to reach the 90 percent first dose rate.

About 4500 need to get their second dose to reach the 90 percent target.