Popular Dunedin sports fields may be sacrificed in a bid to protect the city's iconic southern coastline from the impacts of climate-related sea level rise and erosion. 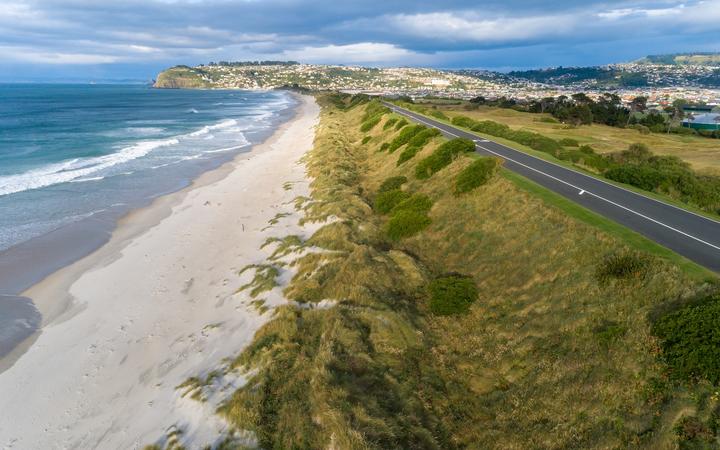 The Dunedin City Council was consulting on its draft Whakahekerau-Rakiātea Rautaki Tai/St Clair-St Kilda Coastal Plan that reviewed the way the coast would be managed into the future.

The four options being considered included do nothing, a managed retreat, working to hold the line and keep the coastline in the current location, or undertaking works to push the coast seawards to create more space.

The plan has a special focus on an old landfill site at Kettle Park, Middle Beach which was under risk of being exposed by the sea.

The council's coastal specialist, Tom Simons-Smith, said one of the options could mean popular Dunedin sports fields that were next to the dunes and on top of the landfill were in the firing line.

"Ultimately it depends on how much space you're willing to sacrifice, if you don't want to build something in front of it and deal with it in that way then there's all sorts of staging you could do to remediation. Maybe you want to remove bits of it at a time or all of it an once."

Among the aims of the plan were improving beach access, to plan for planting and sand stockpiling and to continue modelling for longer term solutions.

The sand dunes had been highly modified, he said.

"It has largely been mined and used to fill the flat area that is now South Dunedin so the dunes are essentially now being used to support development of a very dense, urban population on that flat area."

Dunedin City Mayor Aaron Hawkins said they were consulting on the draft plan to see what direction residents wanted to take for the future.

As for the options, he acknowledged that doing nothing or building out further into the marine environment were both unpalatable with the latter also likely to not be able to be consented.

"Historically I think we've tended towards ad-hoc fixes for bits and pieces, whether it's the St Clair seawall or trying to fix the dune system.

"But here, what we are trying to do is come up with a plan that addresses the system as a whole which is going to be just a far more constructive way of looking at it."

The plan would be out for public consultation until 17 December.