The Omicron variant will inevitably turn up in MIQ but it is too soon to predict whether the country will revisit the plan to lift border restrictions from January, Covid-19 Response Minister Chris Hipkins says. 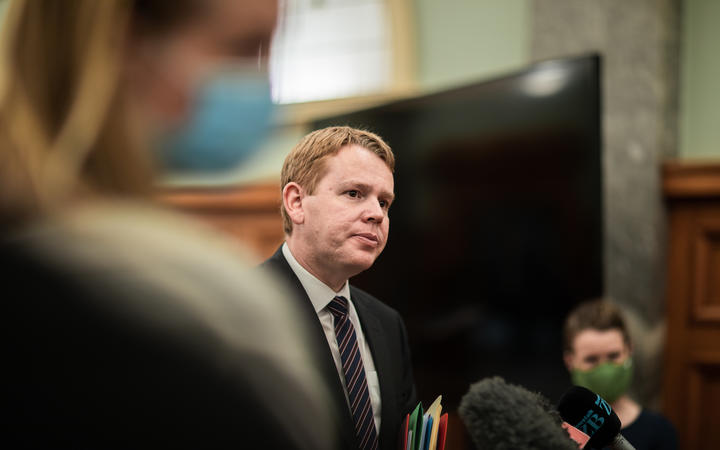 Hipkins told Morning Report New Zealand's MIQ arrangements were some of the tightest in the world but there was no way to be 100 percent protected.

"If you look at the way it has spread and how quickly it has spread into countries like Australia and the UK it's inevitable that it will show up in our MIQ facilities at some point."

Many countries were moving fast to re-establish protections New Zealand still had in place, he said.

"Many of those countries removed their border restrictions and the things that we haven't done yet.

"We've signalled that we were going to do that in January/February. Of course the worst case scenario is that we may have to revisit that. Still very early days yet, still too soon to be making those kind of predictions."

Last week Hipkins set out the plan for phased reopening of the border. In the first stage, home isolation would replace MIQ stays for fully-vaccinated New Zealanders and other eligible people arriving from Australia.

Officials cut the number of MIQ rooms in yesterday's release by about 1000 citing a 'rapidly evolving situation' with the new variant.

Some countries have expanded their booster programmes due to concern over the Omicron variant.

The US has expanded eligibility for to all fully-vaccinated adults, and the European Centre for Disease Prevention and Control recommended boosters for all adults rather than targeting frail older people and those with weakened immune systems.

Britain aims to offer all adults a booster by the end of January, and will offer the third dose three months after the second dose.

Hipkins said New Zealand had not targeted booster doses to particular groups as some countries had done, and numbers were ramping up in the the six-month booster rollout.

"If the science tells us that its worth moving sooner then we'll certainly be looking at that," he said.

"We've got plentiful supply of vaccines at the moment - there's nothing to prevent us doing more if we needed to do that."

Hipkins said officials were "in the market every day" continuing to talk to vaccine suppliers.

"We've already had conversations with Pfizer about the new variant.

"They are reasonably confident they can adapt their new vaccine to new variants quite quickly.