Groups of rangatahi are going door-to-door in towns and suburbs with high Māori populations in Taranaki in an effort to boost flagging vaccination rates. 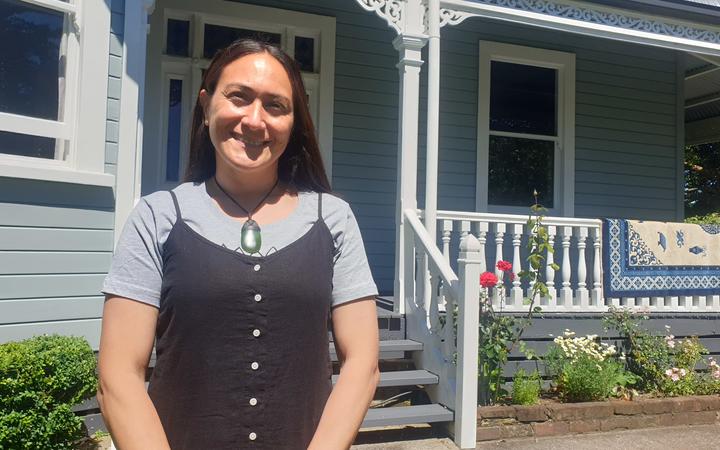 About 77 percent of Taranaki Māori have had a first dose, but only 61 percent are fully vaccinated.

That compares to 89 and 78 percent respectively for the general population.

RNZ joined Stephanie Kettle of a kaiārahi or connectors group as they door knocked in Waitara.

She explained their approach.

"So we're just going around doing a covid-19 recovery response. Just checking up on our local whanau in Waitara and seeing how they are doing.

"Just their general well-being and welfare of their home and double-checking if they've had their vaccinations, and if not finding out some of their reasons for that and whether we can assist with those."

The 36-year-old said the response so far had been great.

"To start off with we were a bit hesitant and unsure about how it was going to go, but it's been a real good positive experience for us I've found.

"The majority of our Waitara community have got their vaccinations and those that haven't were still willing to have those conversations if they were unsure." 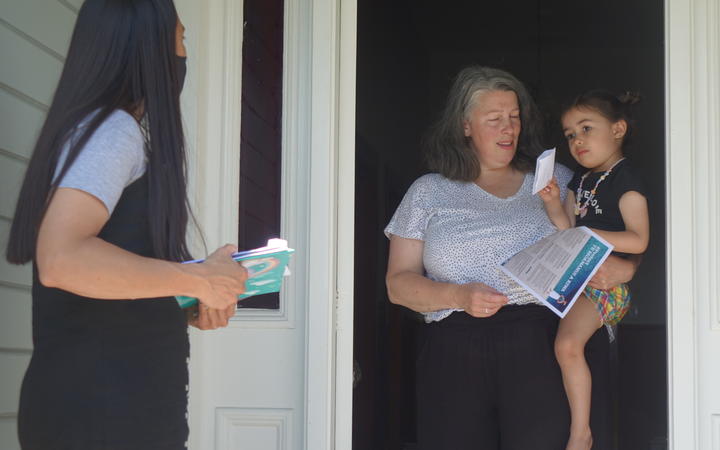 Kettle said it made a difference that the messages were being delivered by people born and bred in Waitara.

Carmel Russell, who was home with her three-year-old daughter Elsie Teranga, was one of those that came to their door.

She was vaccinated, but appreciated the call anyhow.

"Yeah I was kinda surprised that they came around, but it also felt really nice that people were out there caring for us, you know, someone was keeping an eye on us."

Russell reckoned this kind of approach could help reach the unvaccinated.

"I do think it will work and I think it needs to be people from the community and possibly the groups that are less vaccinated need to be talking to each other to make it happen."

At 19, Awanuiarangi Wano was one of the youngest kaiārahi.

He said he could offer something different to the vaccine rollout.

"A different view and a different was of talking to them I would say, so coming in from a different angle as you trying to approach them.

"A different voice instead of always listening to the same voice, so I think having a younger person that has experience it [vaccination] and has gone through it is really important for them to see."

He reckoned it was easier for him to challenge another young person about disinformation that they'd picked up online. 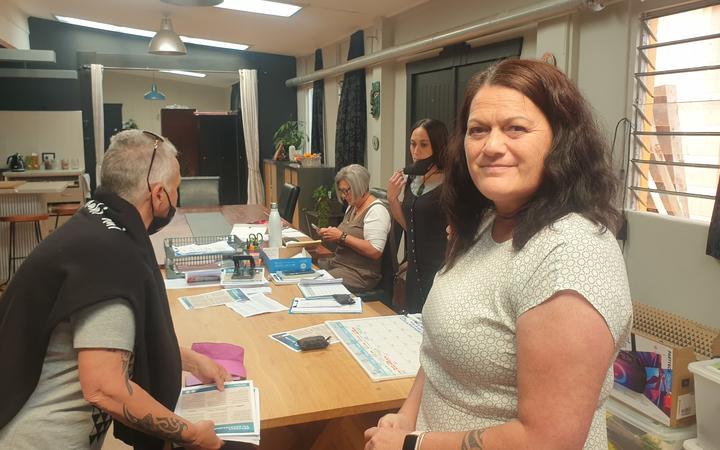 Emere Wano is a member of the Nga iwi o Taranaki covid recovery group - Te Aranga - which are supporting the kaiārahi groups.

They are also operating in Ōpunake and Okato, and will soon start up in the New Plymouth suburbs of Spotswood and Marfell.

Wano said they were a joint initiative involving the region's Maori health providers, the district health board and Pinnacle Health, and now had access to street-by-street data, which was allowing them to target their efforts reaching unvaccinated Māori and Pakeha.

"And that for us - from the data that we've been collecting - is about 15 or 16 percent, so that's still a really good percentage of people here in Waitara we can still reach."

Wano said the vaccination was only one thrust of the kaiārahi's work.

"There all about whanau well-being, so the message is about taking care of our community and for us there's not discrimination about whether that's Māori or Pakeha.

"Yes, our goal is to raise the vaccination rate for Māori, but we don't discriminate we're about community well-being."

She said the reaction had largely been positive.

"It's fair to say people are genuinely grateful that someone cares because our conversation is not purely about the vaccination it's about well being.

"You've got your two percent that are not so good, but our team are really good they just say 'kei te pai, thank you' and they leave."

Wano said there were many reasons why people had not got vaccinated.

"There's a lot of apathy still. That, yes, it's been in Stratford but it's not here. It's not going to touch me.

"And there's a proportion that are I'm not doing it because it's a mandate and I think that's challenging, so it's a range of things. Some of it is because of access. Some genuinely don't have access, don't have cars."

Wano said the outreach approach was working with small numbers making the decision to get vaccinated everyday.

She was hopeful that the remaining 2005 first doses necessary for Māori to hit the 90 percent milestone could be delivered.