Judith Collins says she is pleased to be "just the MP for Papakura" again - and has vowed to stay on, and stand again in 2023. 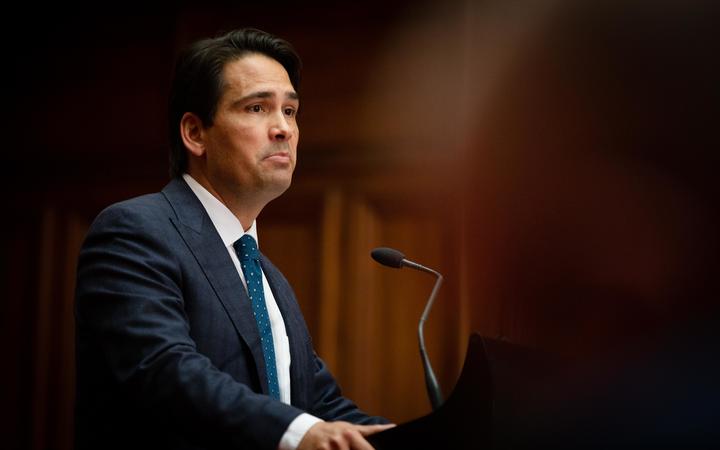 However, voters in Tauranga are happy to see the demise of Judith Collins' leadership after she demoted their MP Simon Bridges and sent him to the back benches.

The Tauranga seat has predominately been blue since 1936, aside from the 10 years Winston Peters held it with New Zealand First.

Many do not want to see Bridges take a step back, but are not hopeful for the party's future.

"I don't want to see him go, that's beside the point of who I would vote for, but she has made a huge mistake," one voter said.

"The National Party are a lost soul, they haven't got a decent leader and we sure need an opposition to oppose everything else that is happening around the country."

Other constituents in Tauranga were disgruntled by the "ridiculous" behaviour of the National Party - or as they saw them, pre-schoolers.

"If she [Judith Collins] came in to run the country, then that is what she should be doing. That is not what she is doing at all, I have just had enough, it's a load of rubbish."

Another voter in Tauranga believed Collins had tried to pull the rug out from Bridges' feet in case he threatened her leadership. However, it backfired.

"It doesn't sit right with me the fact that five years later, out of the blue, she can demote him

"As to whether one should go, I don't really like Simon but wrong decision so yeah, she should go."

Collins' sudden demotion of Bridges last night triggered a backlash, and ultimately a motion of no confidence.

The party's new interim leader is its health spokesperson and until today its deputy leader, Whangārei-based Dr Shane Reti.

Collins has been the MP for Papakura - regarded as a safe blue seat - since 2008.

She tweeted after being rolled, saying she was pleased she was "just the MP" again.

Some from her constituency aren't too excited to see her back.

"I thought she was determined to stay by the way she was talking, but we need another John Key. Someone with guts," one voter said.

One voter believed Collins' was not personable with the public.

While another said they had never seen her in her own constituency of Papakura.

"I've never seen her around and I don't think she has done much for the town at all.

"I would like to see someone who is around a bit more. This town has seen tough times and she has rarely contributed to bringing this town up."

On the streets of Dr Reti's hometown in Whangārei, Northlanders are happily welcoming the change of leadership - even if just temporarily.

"I think he is a good interim choice, whether he will be the long term choice, that is up to them," one man said.

Another voter said anything was better than Collins.

"She was all right, I suppose. But I don't think she could come up against Jacinda."

As for who takes the job on permanently, caucus will get back together on Tuesday to decide who is going to pick them up and lead National back from the political wilderness.