An investigation into a fatal 2019 accident between a car and a train has found the roadworks contractor failed to ask for permission to work in the rail corridor. 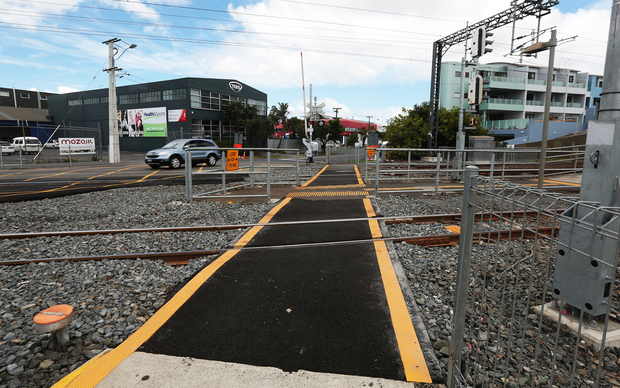 On December 7, 2019, at about 4am, a freight train hit a car at a level crossing on State Highway 26, near Morrinsville. The train was traveling at about 70kmph and had no time to stop, travelling about 500m after impact. The car was destroyed and its two occupants received fatal injuries.

Chief Investigator of Accidents Harald Hendel says the level crossing was in the middle of a complicated roadworks operation.

"The car had moved off from a stop/go sign, drove through the roadworks area and then on to the level crossing," he says.

"This was despite the level crossing warning bells and lights that had been automatically activated by the approaching train.

"It's likely the traffic controller's 'go' signal led the car driver to believe they were cleared to drive through the entire roadworks area, which included the level crossing.

"The potential confusion worsened on approach to the level crossing, where a contractor vehicle with a flashing amber light was parked next to the crossing's flashing warning lights."

"First, planning for roadworks around level crossings must identify all risks to road and rail vehicles.

"But in the case of this accident, the traffic management plan approved for this roadworks focused on keeping the road crew safe from road vehicles and overlooked the need to keep road users safe from trains.

"And second, work in the rail corridor must only be done with the awareness of the rail access provider."

He said road and rail users were more at risk in this situation because the roadworks contractor didn't ask KiwiRail for permission to work in the rail corridor, which meant there was no rail safety oversight and no special measures in place.