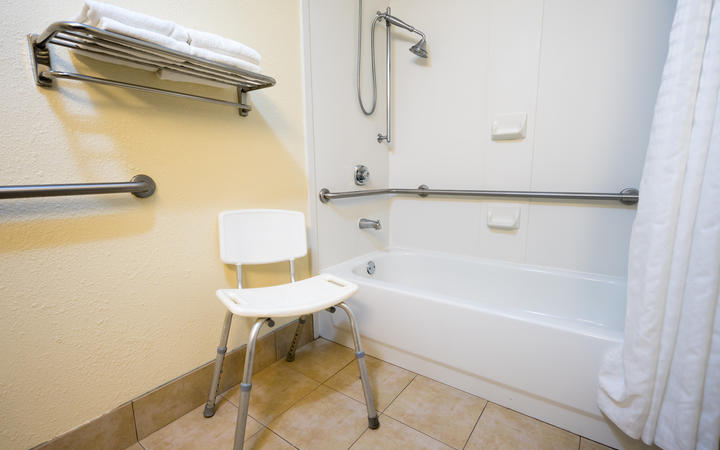 Both deaths resulted in prosecutions for IHC - the most recent resulting in a fine of more than $500,000.

However, advocates and families say the ban is taking away one of the few joys in some children's lives.

Nathan Booker,15, drowned in a bath in January 2014 at an IHC home in Palmerston North where he stayed two nights a week to give his mother a break.

Angela Middlemiss is adamant it wasn't the bath that killed her much-loved son.

"He loved baths, he loved them so much. It was the one thing he looked forward to each day. He used to kick and play in the bath. It was one of his happiest times that he had. If he was having a bad day, a bath would always help."

Nathan who had spastic quadriplegia and the mental age of a six-month-old baby, also suffered seizures and had been given a sedative.

He was supposed to be supervised at all times.

"He was left alone for 15 minutes by himself. Too long, too long. They said for privacy reasons, they said because they were doing something else. It was just a lot of excuses."

IHC's service delivery arm, IDEA Services, pleaded guilty in the Palmerston North District Court to failing to take all practicable steps to ensure no action or inaction of an employee harmed another person, and was ordered to pay $153,500.

Angela Middlemiss said IHC promised to roll out extra training and require staff to read each client's care plan at the start of every shift.

But she is angry no-one was ever held responsible for Nathan's death.

The Crown dropped its case against the caregiver in 2015, saying there was "insufficient public interest" in continuing.

"Nobody got done for it, so I feel it was going to happen again because there was no justice."

She is devastated that another IHC client drowned just two years later.

The 63-year-old woman, whose name is permanently suppressed, drowned after being left alone in a bath at a Waitara home in October 2016.

IDEA Services was ordered to pay more than $550,000 by the court in July this year for failing its health and safety duties.

The next month, the board agreed to prohibit the use of baths, spas and pools at all its facilities and remove bath taps.

In a newsletter to families in September, IHC's chief executive Ralph Jones acknowledged this would be disappointing and frustrating for some - but the court ruling made it clear that IHC's duty to minimise the risk of baths was greater than people's right to choose to have one.

"Bathing is considered a high-risk activity and we're required to take reasonable steps to eliminate or minimise this risk. Presently we are not funded at a high enough level to provide the appropriate resources to give assurances required that we deliver safe bathing in our services."

Independent disability advocate Jane Carrigan said the ban on baths was "a lazy way to address risk" and made a mockery of IHC's claim to support choice and human rights.

"People could still have accidents. If someone is standing in the shower and has a seizure, they could fall and hit their head on the tap. If you take it to the logical conclusion, IHC could just say we're not going to let people near any water. It's just nonsense."

The real risk was IHC's "top-heavy management structure that's come at the expense of adequate frontline staffing" and the organisation should be demanding the government fund a competent and safe service, she said.

No-one from IHC was available for interview.

However, in a written response to RNZ's questions, chief executive Ralph Jones said the disability sector has been historically underfunded by the Health Ministry and financial sustainability for many providers is now at a critical point.

"We are constantly in discussions with the Ministry of Health about funding levels, but in reality disability providers are simply price takers, meaning we are unable to negotiate or influence the ministry's pricing structure. IDEA Services is one of the less favourably funded providers in the disability sector."

IHC had written to the ministry asking for urgent guidance on the diverging obligations of human rights and health and safety when it comes to baths, but had yet to receive a response, he said.