South Wairarapa councillors have approved a spatial plan to address future population growth of about 2480 people over the next 30 years. 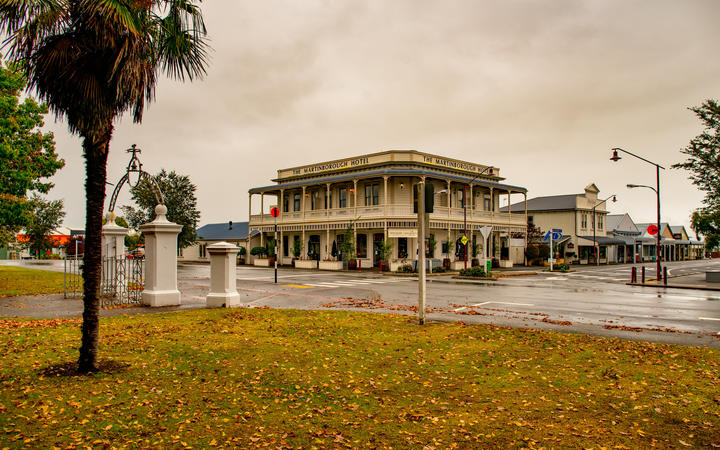 But councillors were quick to shut down any possibility of housing intensification in central Martinborough when they met on Wednesday.

The draft spatial plan included the approval of lot sizes as small as 150m2 in the streets surrounding the Martinborough Town Square, despite earlier instructions by councillors to remove this option.

Councillor Pam Colenso said more than half of submitters in earlier consultations were opposed to the smaller section sizes in central Martinborough.

"I'm surprised we are still looking at such small sections."

South Wairarapa District Council's group manager of planning and environment Russell O'Leary said "that's correct - at deliberations there was reluctance to head in the direction of 200m2 in that area of town".

"We thought we would bring it back and illustrate the potential and examples and determine whether there was merit in pursuing it further with design guidelines."

Councillor Rebecca Fox was also surprised the discounted option had been included.

"I must admit I am very surprised to see this back in. We were pretty clear in workshops that we did not want to go down to this size.

"The graphic in this [presentation] looks like a chocolate box development."

Councillor Brenda West said the plan needed to revert "back to what we requested".

Councillor Leigh Hay said that having lived in Auckland where some sections were 200m2 and less, she thought it dramatically changed the look and feel of a town.

"While it is fine in Auckland, I am not happy about it for here."

Councillor Alistair Plimmer agreed and was also surprised to see the intensification option back on the table.

"The heritage part of the town is as it is now. You mess with that at your own peril. And we got a very clear message from the residents that they do not want to mess with it."

At the end of Wednesday's meeting, councillors approved growth options for each South Wairarapa town.

The option to permit greater density [lots of about 150-200m2 net site area] and more homes on existing sites in the area bounded by Cologne St, Broadway St, Venice St and Sackville St was discounted.

In Featherston, the following growth options were approved: lifestyle options, north and south of Featherston [about 40 hectares available], and transport-orientated development of Featherston within 1km of the train station.

It is expected that masterplanning will begin in the next two years.

Master planning would include residential, commercial, and industrial zoning while also considering transport and infrastructure.

Mayor Alex Beijen said the spatial plan's approval "does not guarantee that zoning will be changed", rather that a direction would be passed on to the Wairarapa Combined District Plan Committee.