Reducing numbers of snapper, blue cod and crayfish have led to barren rocky reefs on parts of New Zealand's coastlines. 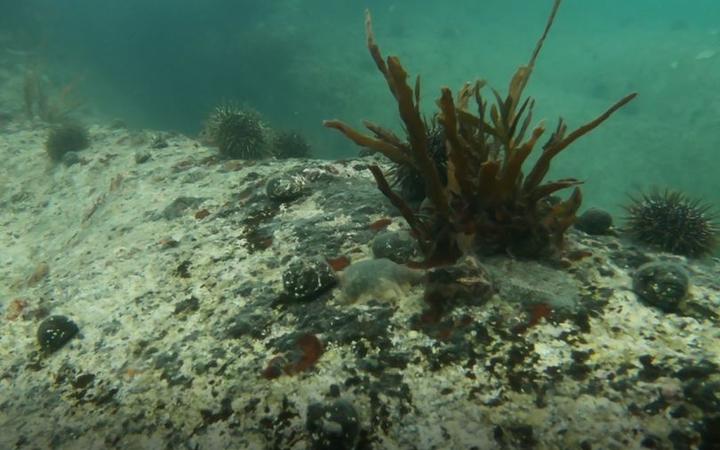 A kina barren in Tonga Island Marine Rerserve - the reserve is one of two marine reserves in Tasman Bay at the top of the South Island, which offer protection to less than one per cent of the bay. Photo: Supplied / Stew Robertson

The New Zealand common sea urchin, or kina, is one of the main herbivores in our coastal marine environment and historically, its numbers were controlled by predators, but overfishing, warmer sea temperatures and human activity have seen its numbers boom.

The result is a kina barren, where urchins graze through the seaweed and kelp and leave behind a bare or low productivity reef.

Some marine scientists say stopping fishing alone isn't enough and it is time to intervene.

University of Auckland associate professor of marine science Dr Nick Shears said in certain parts of the country - the Hauraki Gulf, along the north east coastline of the country and in the top of the South Island - kina barrens are prolific.

In the Horoirangi Marine Reserve, near Nelson in Tasman Bay, parts of the reserve are still dominated by kina barrens despite the area being protected for 15 years.

The 904 hectare reserve was created in 2006 and Shears said it could take decades to see regeneration of seaweed and kelp.

"We live in a system that's been fished, very heavily for 70 years and so the current abundances of predators are a tiny fraction of what they would have been naturally and it's been like that for a long time. So in some cases, in a reserve, over time, you can protect those predators and restore that balance but it does take a long time." 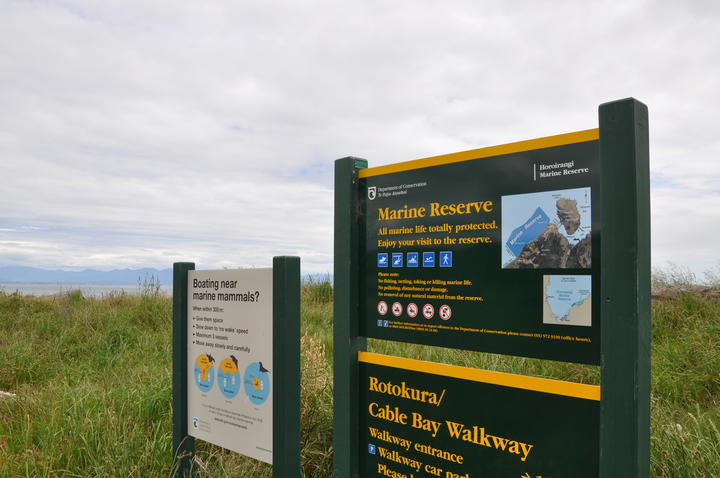 Horoirangi Marine Reserve at Glenduan, near Nelson. The reserve was formed in 2005 and covers an area of 904 hectares. Photo: RNZ / Samantha Gee

The first marine reserve to be established in New Zealand was the Cape Rodney-Okakari Point Marine Reserve, known as Goat Island near Leigh, in 1975.

It was through the recovery of that coastal environment scientists learnt kina barrens didn't occur naturally, but were the result of overfishing.

Shears, who is based at the Leigh Marine Laboratory, said the numbers of snapper and crayfish increased at Goat Island in the first five to 10 years, but it took another 10 to 15 years for those predators to reduce the number of urchins.

At places like Long Island - Kokomohua Marine Reserve in the Queen Charlotte Sound, Shears said densities of kina were so high it could take several more decades for the barrens to recover.

In the Hauraki Gulf, a project with iwi to reduce kina numbers is underway to establish if removing sea urchins can be used as a tool to help algal forests recover.

"If you just go in and remove kina and don't do anything else then the kina will come back... so you need to do it in conjunction with other forms of management, through protecting the predators but using also other customary measures like rahui."

It was a major effort to remove kina by hand, but the results were showing within a year there were high rates of recovery of a number of seaweed species.

Similar experimental work was planned for parts of the Queen Charlotte Sound but had been unable to go ahead due to the Auckland lockdown.

"A very small fraction of our coastline is is actually protected from fishing and it's not an either or - it's not we need marine protection or we need improved fisheries management - we need both and you can't do one without the other."

Shears said kina are a taonga species and an important food resource that weren't a problem in many parts of the country. 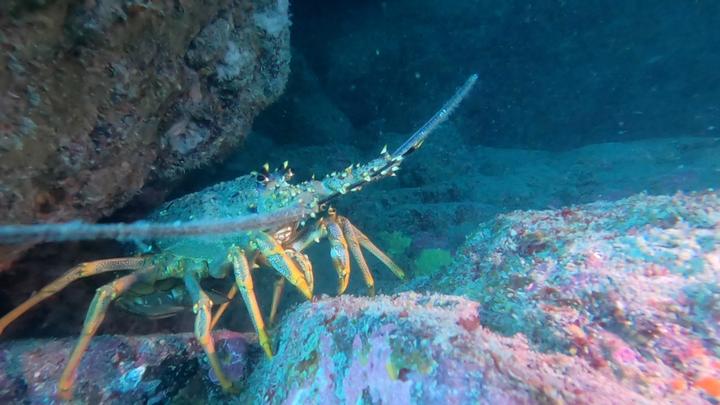 A Crayfish in the Tonga Island Marine Reserve, the reserve was formed in 1993 and covers an area of 1835 hectares. Photo: Supplied / Stew Robertson

Established in 1993 at a size of 1835 hectares, it is twice the size and almost twice as old as Horoirangi.

The two marine reserves offer protection to less than one percent of the Tasman Bay.

Less than 10 percent of Aotearoa's coastal waters are protected by marine reserves.

Kina barrens were documented along the Abel Tasman coastline as far back as the 1960s.

Department of Conservation marine reserves ranger Stew Robertson said after nearly 30 years of protection, the recovery of the marine environment at Tonga Island was clear.

He said there are now more turfing algae and juvenile kelp, especially in the deeper parts of the reserve. 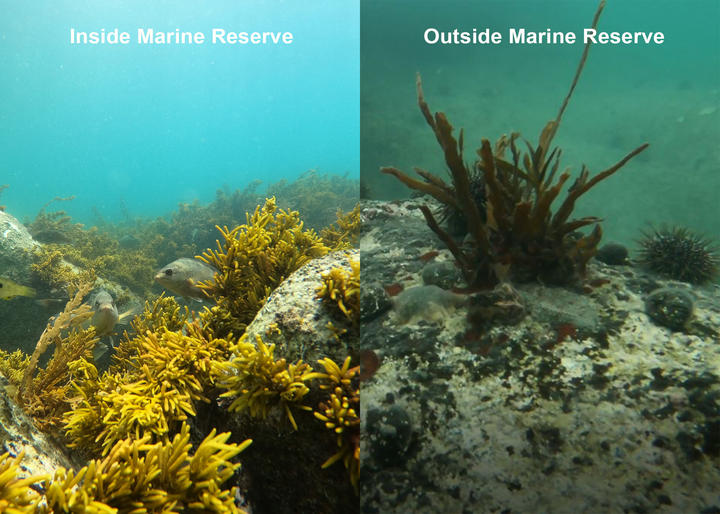 A comparison of a reef inside and outside of the Tonga Island Marine Reserve, on the coast of the Abel Tasman National Park in Tasman Bay. Photo: Supplied / Stew Robertson

Senior lecturer in marine evolutionary ecology at Massey University Dr Libby Liggins said it had reached the point where just protecting marine environments was not enough.

Massey University associate professor of marine science Dr David Aguirre said kina themselves weren't the problem, they were simply the response to it.

Globally, most temperate rocky reefs that were home to urchins and kelps were struggling with the same issue, often because of overfishing.

"They all of a sudden become the thing that we all point the finger at when in reality, it's our own actions that have allowed them to get to those numbers by removing the predators."

Restoration of the coastal marine environment needed a two-pronged strategy.

"A combined approach, where removing kina for translocation or moving them into aquaculture setup, as well as adding recruits into the system from lab grown kelp spores, is a way that you can kickstart that restoration process and it'd be a far more active approach than the passive approach of marine reserves."

He said Aotearoa had the chance to be a global leader by utilising kina in an ethical way, respecting the taonga species, that is found nowhere else in the world.