In a statement, her family said she died peacefully this evening, after a long illness - at home with her family around her. She was aged 90. 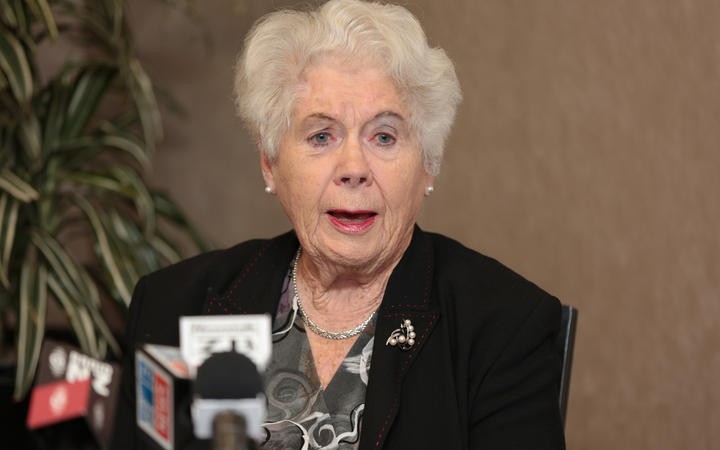 "Our beloved Cath has died peacefully tonight, 31st October, after a long illness: at home with family around her, as she wished," the family said in a statement.

"She was a woman of amazing energy, intelligence and warmth. She had a long and distinguished life of public service. She was a mother, a grandmother, a great-grandmother; and a confidante, mentor and friend to many more. We will miss her more than we can ever say.

"In the current circumstances we cannot and would not ask others to join us to farewell her. She had wanted a private cremation, and as she was both a scientist and a good citizen, so it will be. We hope to arrange some way to honour her memory in public, in future.

"We are grateful to all her friends, and to our extended family, and to the carers, especially her GP, who have also supported and loved her over the years."

Dame Catherine was New Zealand's first female Governor-General and served in the position from 1990-1996.

Prime Minister Jacinda Ardern has described her as a trailblazer for women in public life.

Tizard was born in Auckland and attended Auckland University, where she met her husband Bob, according to her profile on the Governor-General's website.

They married in 1951, had four children and eventually separated.

Dame Catherine was president of the Play Centre Committee, sat on an education board and was a part-time zoology tutor before she was elected to Auckland City Council in 1971.

She remained a councillor for 12 years while working at Auckland University, and in 1983 was elected Mayor of Auckland - the first woman to hold the position. She was mayor for seven years before being appointed Governor-General.

She was made a member of the Order of New Zealand in 2002, was a Companion of the Queen's Service Order, as well as holding four separate damehoods.

"On ending her term as Governor-General, she continued her involvement with a large number of community and arts groups.

"In everything she did, she demonstrated her remarkable qualities of leadership and determination, combined with a down to earth approach and an irrepressible sense of humour.

"Our thoughts are with her family at this time," Ardern said.