Palmerston North is in for a rev up as the provincial centre joins larger cities in having e-scooters on its streets.

And while the mayor is an enthusiastic proponent, some people are questioning if they are safe for footpath users. 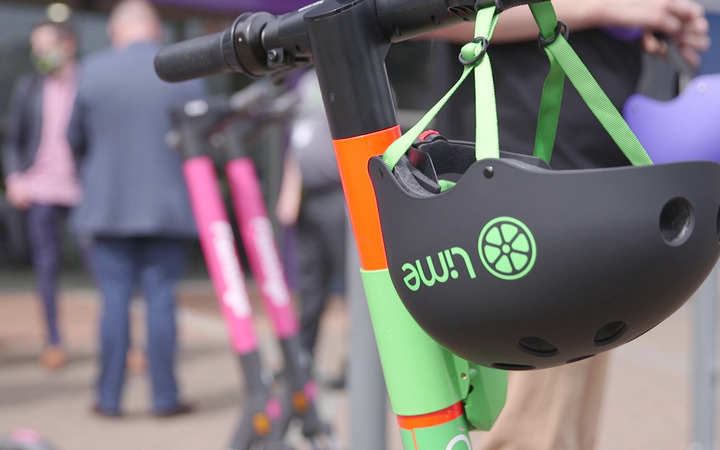 About 600 scooters from three companies, Lime, Beam and Flamingo, will hit city pavements at 6am on Monday as part of a year-long trial. Flip is expected to soon join too.

This week Palmerston North Mayor Grant Smith took Lime, Beam and Flamingo scooters for a spin, but was coy about singling one out, saying he would use them all as he made his way across the CBD for meetings.

"Council to council, Palmerston North city over to Horizons [regional council], it's just that little bit far to walk at times. I can just see it being a really good option for us."

The scooters can be used between 6am and 9pm. Council officials say safeguards are in place to avoid a rush of ACC injury claims.

There are exclusion zones and areas where they cannot be dropped off.

The scooters can go as fast as 25km/h in outer parts of the city and 15km/h in the CBD. 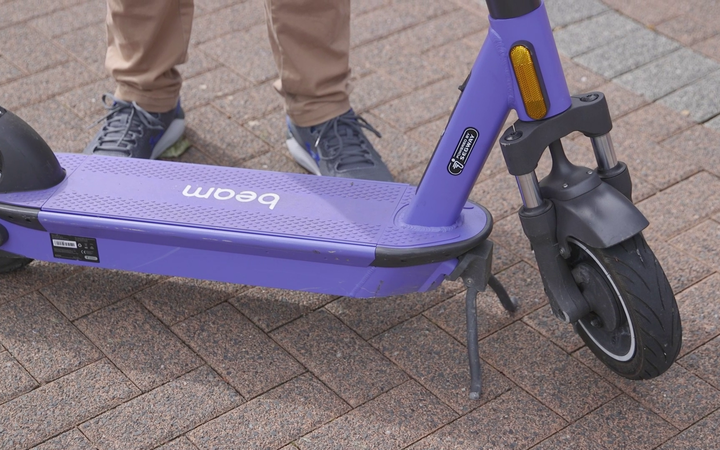 Smith said Palmerston North had learned lessons from larger cities such as Wellington and Auckland, where e-scooters were introduced with fewer safeguards.

The scooter companies say they are a safe and environmentally friendly means of transport.

The three beginning operations on Monday also say people are keen for them to operate in Manawatū.

Flamingo co-founder and chief executive Jacksen Love said riders would be reminded of their obligations.

People on the streets of Palmerston North this week, spoken to by RNZ, mostly welcomed the scooters' arrival, but there wasn't universal endorsement. 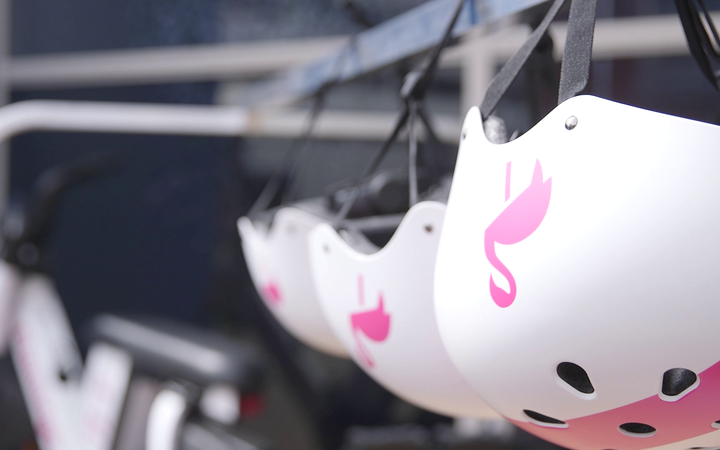 The groups are against them riding on footpaths, instead of wanting to see them used in cycle lanes on the road. Presently, they are not allowed in such lanes.

Although acknowledging scooters brought benefits such as getting people out and about, he said people on footpaths in other cities had been injured when struck by them and the allowed speeds were too fast.

Teo-Sherrell also raised concerns about the regulation of e-scooter use and safety, saying it was often left to the companies to police.

"The rules are going to say people are meant to use common sense and look after other people on the footpath. Yeah right.

"Do you know how fast the typical person walks? 5km/h, so at the very minimum [scooters] are three times the speed of walker."

The differences were even greater for older people or those with movement difficulties.

"It's the difference in speed that contributes to the force of a collision."

"Too many people in society cannot hear the scooters coming or do not have the ability to take evasive action even if they do hear them," he said.

"I've been to Auckland and Wellington. I suffered at the hands of idiots riding scooters and I've suffered [from] the idiots that leave them lying around on the streets."

Godfrey predicted there would not be much demand for the scooters, especially given the absence of students in the city because of Covid-19 restrictions, while Teo-Sherrell said new technology often lost its lustre after initial interest.

The scooters can be used from 6am on Monday.