Police have confirmed that a protester who bragged about crossing Auckland's border actually had the correct paperwork to do so. 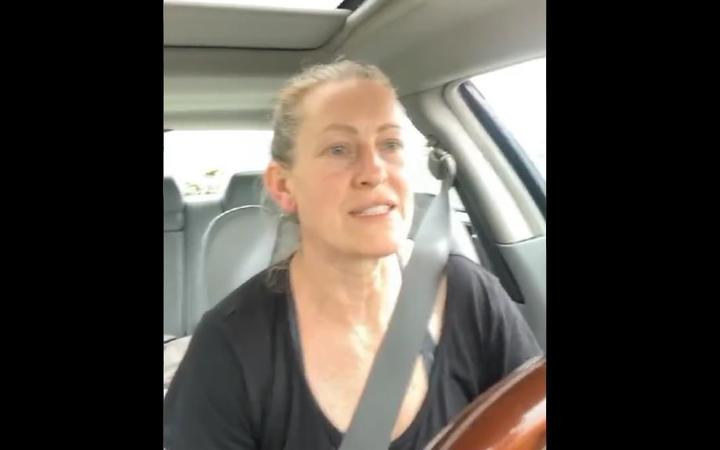 The protester who bragged about crossing Auckland's border. Photo: Twitter

The woman said on social media that she was heading to Waitangi to join the Sovereign Hikoi of Truth group.

She boasted that she didn't have to do anything to cross the border, including having a Covid-19 test and that she wasn't asked if she'd had one by police.

"I'm a white lady in a mint Chrysler, so maybe that's got something to do with it," she said.

The woman is heard on video saying she travelled the back roads to cross the border and when police queried why she was so far off the main route she claimed she told police a detour was decided on after hearing there was some trouble on State Highway 1.

Police this evening said she went through the Pukekawa checkpoint on State Highway 22 yesterday with the appropriate evidence to show she was relocating from Kapiti Mana to Northland for a new job.

Police added there was nothing requiring people crossing the boundary from one Level 2 area to another Level 2 region to have a Covid-19 test.