If a natural disaster hit Gisborne, it would take emergency responders three hours to set up the co-ordination centre. 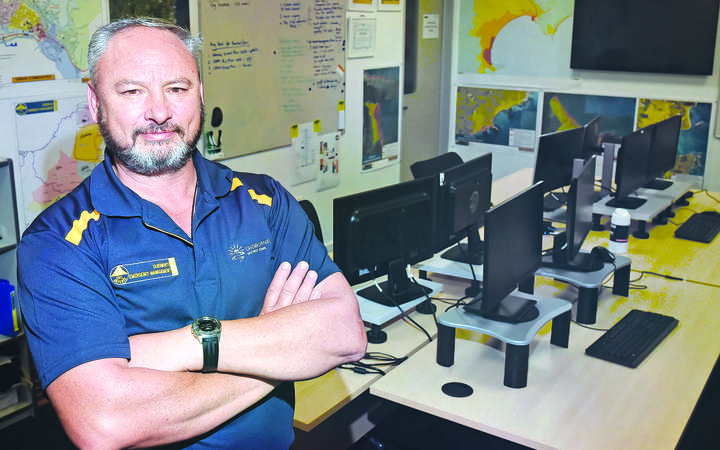 Gisborne's civil defence emergency manager Ben Green said that under the status quo, it would take his team three hours to set up the space at the council building to respond to an emergency. Photo: The Gisborne Herald / LDR

That's because Tairāwhiti's civil defence team doesn't have a permanent centre of its own, instead operating from the Gisborne District Council buildings - a site that would be inundated in a major tsunami.

But that is due to change, with $1 million set aside for a new emergency co-ordination centre and a location marked out.

Council staff have recommended a new emergency co-ordination centre is built on council-owned land on Potae Avenue within the Lytton West Reserve.

The proposed location is near Gisborne Hospital, which has a helipad and emergency water supply.

It would allow for a purpose-built facility that could operate effectively after a disaster, given it is outside the risk modelling for tsunami and flood-prone areas, a staff report said.

Detailed designs are expected in December, with the centre expected to be complete by mid-to-late next year.

Civil defence emergency manager Ben Green told the committee yesterday "If we had to activate today, it would take my team three hours to set this space up to actually be able to run a response".

Councillor Kerry Worsnop said the proposed location was awesome, but noted that it was removed by a couple of bridges from Kaiti.

"Most of the reason we've needed to relocate is because of tsunami which presumably will impact the bridges, which means that potentially some of our community are cut off from this centre.

"Does that mean that we need some other hub of some kind, or at least a community contact point? We've got a huge population on that side of the river that potentially won't have access to this." 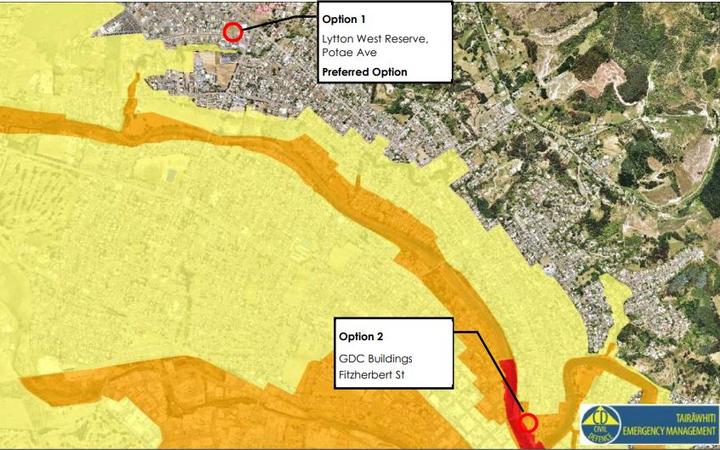 The new centre will be located outside the mapped tsunami inundation zone. Photo: Supplied / LDR

Green said Worsnop had summed up the challenge that Gisborne presented.

"You've got a river that splits your town into three."

Green said the risk modelling indicated why they were going to that area of town, to co-ordinate and get a response.

"Kaiti really is indicative of how we've approached the community preparedness for the whole region.

"Our community link structures - we've identified those strategically, and how we can support those with communications for the ability to actually respond to their needs is the focus of how we're going to run that through."

Funding was set aside in the 2021-31 Long-Term Plan after both that plan, and the region's Covid-19 recovery plan, included the need for an emergency centre.

A playground is located at the northern end of Lytton West Reserve.