Two vehicles - including a bus - from a protest convoy are blocking State Highway 1 at Auckland's southern border checkpoint. 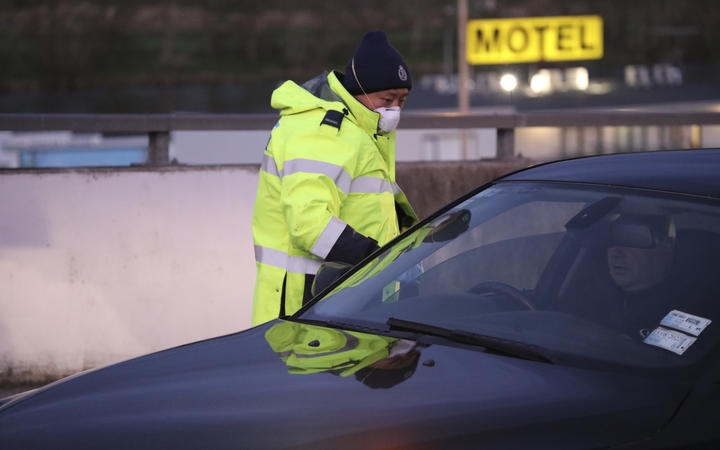 In a statement this morning, police said a convoy of about 50 vehicles attempting to to make its way from Rotorua to Waitangi was stopped at Auckland's southern border about 11.45pm last night.

The group of approximately 100 people was moved to a side road so they were not blocking traffic, however, two vehicles including a bus parked in the northern lanes of SH1 and the drivers refused to move them.

During the night, some of the protesters on foot also blocked SH1 south.

"Police negotiators and our iwi liaison officers were engaged to encourage them to move back off the road, however, they refused requests to move.

"Around 30 minutes later a police line was used to move the protesters off the highway.

"The group of protesters remain parked up to the side of the road near the Southern checkpoints and Police continue to monitor the situation for the safety of everyone involved.

"Traffic is still able to travel through the southern checkpoints, however, some delays have been reported so motorists are advised to expect some delays."

"Police engaged with this group, supported by our iwi liaison officers and our partners from Ngāti Whātua at the checkpoint. The majority of this group have subsequently left the checkpoint area without issue.

"Police are incredibly disappointed that this group of protesters have chosen to take this action. By carrying out non-essential travel they are putting themselves, our staff and the wider community at risk, while additional Police resources have had to be redeployed in order to monitor the movements of this group at the checkpoints."

Ngāpuhi have condemned the protest march from Rotorua to Waitangi.

Te Rūnanga-ā-iwi o Ngāpuhi released a statement saying the protest was dangerous for whānau in the region.

It was diverting attention from tomorrow's commemoration of He Whakaputanga or the Declaration of Independence, Ngāpuhi said.

Tai Tokerau Border Control spokesperson Hone Harawira said in a statement "this hikoi is a scam, organised and run by Pākehā anti-vaxxers ... with the Covid-19 outbreak in Northland, there is no invitation extended to unvaccinated outsiders to come to the Tai Tokerau".

He told Morning Report the group was a "strong part of the anti-vax brigade".

"When they are calling it a hikoi, it's a bit of an insult ... I've been marching for 50 years ... for tino rangatiratanga and mana motuhake, and not one of the people I know is involved in this march.