There are fears that smaller, vulnerable playcentres may not survive the government's mandate which requires all staff - and 22,000 volunteers - to be vaccinated. 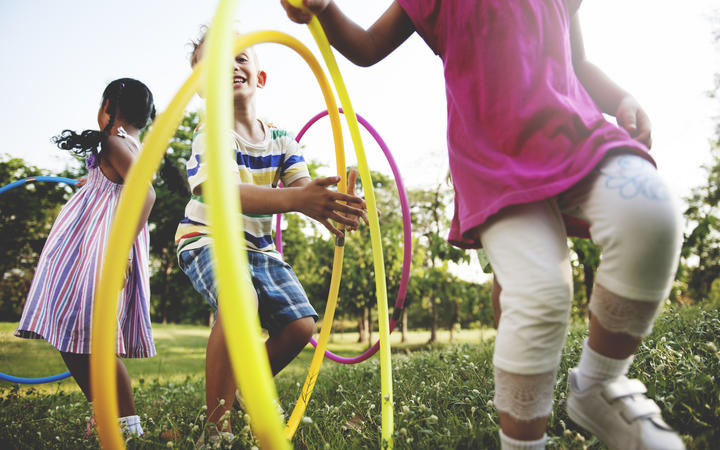 Playcentres are early childhood education centres that are cooperatively managed by parents and supported by staff. Parents fulfil roles such as president, treasurer, health and safety officer and so on.

Playcentres have, traditionally, been inclusive spaces for all parents and tamariki to enjoy, learn and connect with others in their communities.

The government's vaccine mandate requires all staff and volunteers to receive their first Covid-19 vaccination by 15 November and be fully vaccinated by 1 January 2022.

There has been debate and disagreement amongst members, with some saying they would leave if the mandate was not in place, and some were relieved the decision was taken out of their centre's hands and made for them.

Others, however, feel the decision has forced them out of the centres they and their children love.

A Facebook group supporting members and staff who do not agree with the mandate was set up last week and already has more than 400 members.

But within the threads of comments on social media, there is a great sense of sadness from both sides: that playcentres are losing valuable members, and that children will miss out.

In a statement, Playcentre Aotearoa said the mandate would potentially affect licensing in some centres, but it did not know the full effect of that yet.

The president of one North Island centre, who did not want to be named, said the mandate would have long-lasting impacts on the organisation.

"I would think it likely that some smaller rural centres will close, in fact, I have already heard of one that will have to," she said.

"Many centres have been struggling to meet licensing criteria to stay open for the last three to four years, so by losing a few key families who hold the qualifications at the centre, they will no longer be able to open."

In northwest Auckland, Waimauku Playcentre fundraising and grants officer Jess Maher is already vaccinated, so the mandate does not apply to her, but said playcentre has a tendency "to have a decent chunk of our populace who choose not to vaccinate".

"I have had a lot of grief over the mandate being applied, that is not to put judgement onto whether or not it is in the best interest of safety," Maher said.

"I just know a number of members might not be back on session when I return and I feel sad for those who will not get to be part of the amazing, supportive community of playcentre."

Maher, who has been involved in the organisation for nine years, feared for the stability of smaller centres.

"It's already a difficult market for playcentre as it is to survive in current society."

With her centre's AGM coming up, Maher suspected roles would need to be changed and some of the leadership roles might need to be filled as people leave due to the mandate.

She was "heartbroken" some current members would miss out on being part of the playcentre community in the future, as it provided "valuable support systems" to whānau and parents - not just children.

A Wellington playcentre mum, who did not want to be named, disagreed with the mandate and said she felt "enormous grief" over the possibility of having to leave.

"My five-year-old has struggled both socially and with medical issues. Our playcentre has made an enormous difference to her. The thought of not being able to invest back in our centre and our two-year-old not getting to do playcentre feels like a gaping loss in our lives," she said.

"I think the mandate is likely to create enormous tensions and divisions amongst the playcentre organisation - however, I think these same divisions are playing out all over the country in all sorts of different ways."

Playcentre Aotearoa acting general manager Susan Bailey said in a statement that the organisation understood there was a lot of uncertainty and concern about the mandate, and playcentres would be drawing on "our long-held values of manaakitanga and whanaungatanga" at this time.

"Playcentre creates and supports communities by being an inclusive village, and we need to continue being a safe place for vulnerable tamariki and their families to attend."