Seagrass has been spotted in a Marlborough lagoon for the first time in almost four decades. 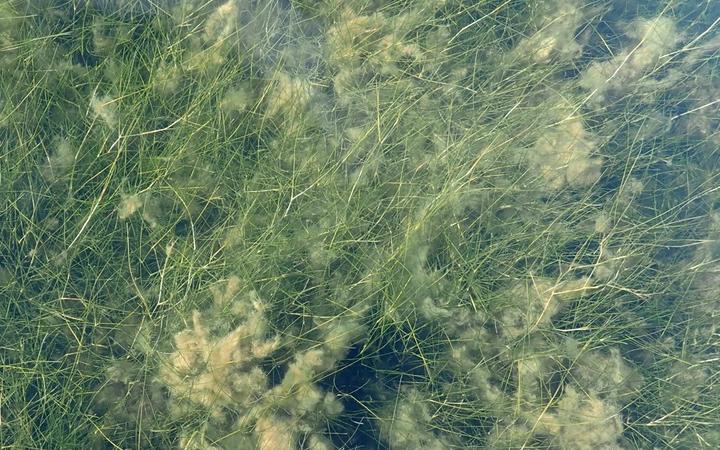 Hundreds of hectares of ruppia - also known as horse's mane weed - have been rediscovered in the Wairau Lagoon, south-east of Blenheim.

The find came as a "huge surprise" to the team of scientists tasked with checking the lagoon's health in April. However, the presence of dense algae and abundant seaweed in other parts of the lagoon was worrying.

Ruppia beds once dominated the lagoon but mud, current changes or competition from other plants were likely causes of the population crashing. The last recorded sighting was in 1983.

But during the Marlborough District Council's latest inspection of the lagoon, scientists found 44.2 per cent of the lagoon had some ruppia cover. About 16.2 per cent, or 199 hectares, had moderate to dense coverage.

"From a science perspective, this is really amazing ... This shows that the lagoon's system is pretty healthy," one of those scientists, Dr Keryn Roberts, told councillors last week. 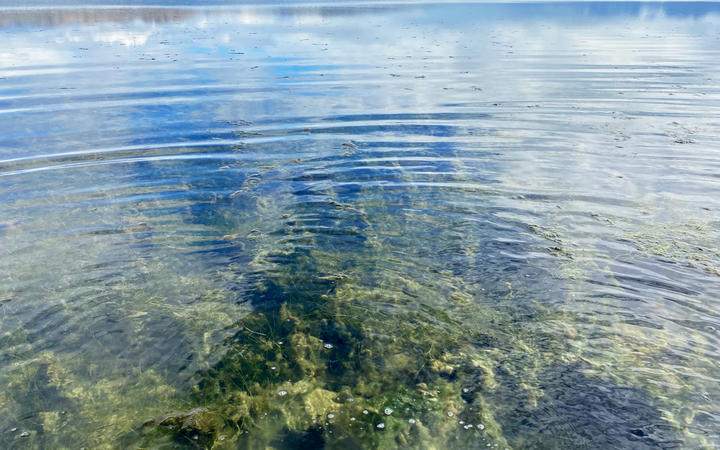 Dr Keryn Roberts suspects the ruppia never left the lagoon but that the number of plants had decreased, causing it to be missed during previous check-ups. Photo: Supplied - Salt Ecology

Ruppia added extra oxygen to the lagoon's water and bed, and provided food and shelter for wildlife. Its roots also helped hold sediment together, preventing mud from being stirred up on windy days and turning the waters brown.

Roberts suspected the ruppia had never left the lagoon but that the number of plants had decreased, causing it to be missed during previous check-ups, which might not have even looked for it.

Its rediscovery was "regionally ... and nationally significant".

However, it was not a clean bill of health for the lagoon, with the presence of algae suggesting it was under stress.

Algae resembling fine brown hair was growing in about half of the lagoon, covering plant beds and mud in a dense mat. 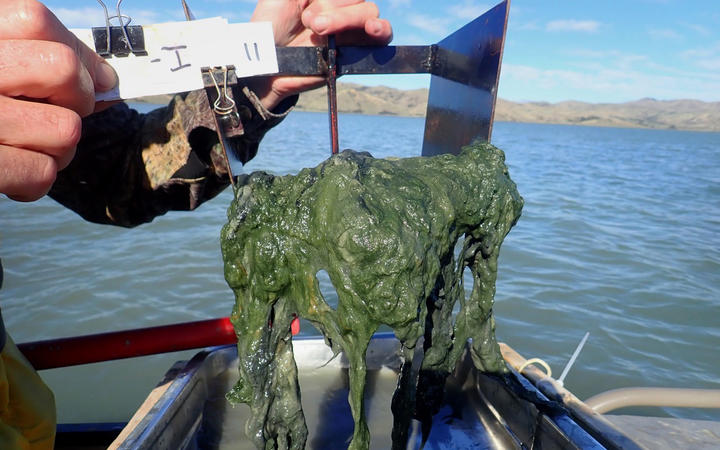 A dense clump of algae is weighed by scientists monitoring the health of Marlborough's Wairau Lagoon. Photo: Supplied - Salt Ecology

"This is really worrying because this tends to grow when there's ... too many nutrients in the lagoon," Roberts said.

So too did seaweed. There were two types that grew in the Wairau Lagoon - one was green and the other a red-brown - and both multiplied faster if there was extra food around.

The seaweed was so thick in some areas of the lagoon that a metre-by-metre space had six kilograms worth of material.

Multiple studies had found seaweed started having 'bad' effects on the environment at 1.45kg per metre square - four times less than what was in the lagoon's main channel.

Roberts was unsure what was feeding nutrients into the lagoon, but recommended the council find and "appropriately manage" it. Scientists had watched the Wairau Lagoon's health slowly decline for decades and if it degraded too much, it would be "very, very hard" to reverse.

The council agreed with Roberts' team's findings and forwarded them onto the next full council committee on 28 October.

The Wairau Lagoon is actually three lagoons connected together, separated from the sea by the Wairau Bar/Te Pokohiwi. The lagoon and its surrounding estuary were significant areas because they were home to rare and endangered species.

Waste from the Blenheim sewage treatment plant was processed in filtration ponds near the lagoon, and councillor Gerald Hope suggested the "nutrients" could be pond run-off.