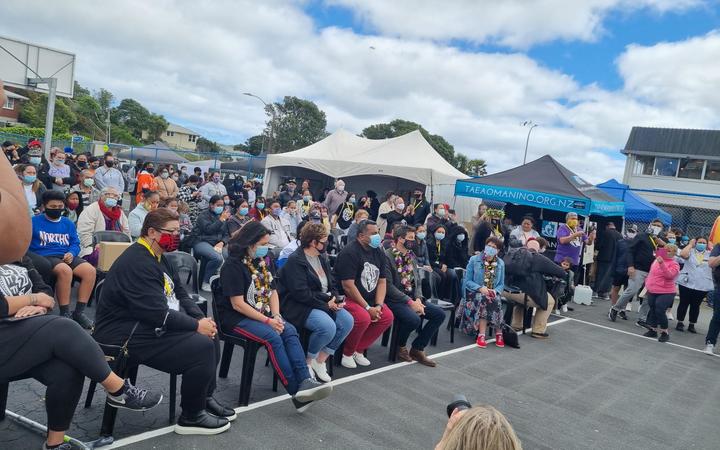 Professor Baker took part in the Vaxathon, and said it was a fantastic day.

"I went along actually and got my second Pfizer injection in east Porirua yesterday and I thought it was a celebration really of the whole country coming together in this united way to beat the virus and it was a really positive atmosphere so I think we need more events like that."

Another epidemiologist, Rod Jackson, said the government must take a new approach in order to vaccinate those who have still not received a shot.

He said those who are vaccine-hesitant need to hear less from government figureheads, and more from community leaders.

Health officials say 84 percent of people in this country have now had their first Pfizer dose after yesterday's Vaxathon.

Just short of 130,000 vaccine doses were given at the so-called Super Saturday events.

The Ministry of Health will release final figures this afternoon.

Director-General of Health Dr Ashley Bloomfield said multiple records were broken yesterday, including the biggest-ever one-day vaccine update for Māori, with more than 21,000 doses given - 10,941 first doses and 10,874 second doses.

As well, 4223 Pasifika received their first doses and 8093 their second.

Dr Bloomfield said the 40,000 doses given yesterday have left Tāmaki Makaurau just one percentage point off its 90 percent target for first-dose vaccinations.

Nationally, 65 percent of this country's eligible population is now fully vaccinated against Covid-19 and Dr Bloomfield is encouraging anyone who still needs to get their second jab, to book online.

He also thanked the hundreds of health providers, businesses, workplaces and community organisations who played their part in the day.

"People have turned out in droves to the 783 vaccination sites around the motu for their vaccinations - from free hangi at Pôtahi Marae in Northland's Te Kao to vaccinations on the TSS Earnslaw on Lake Wakatipu in Queenstown." 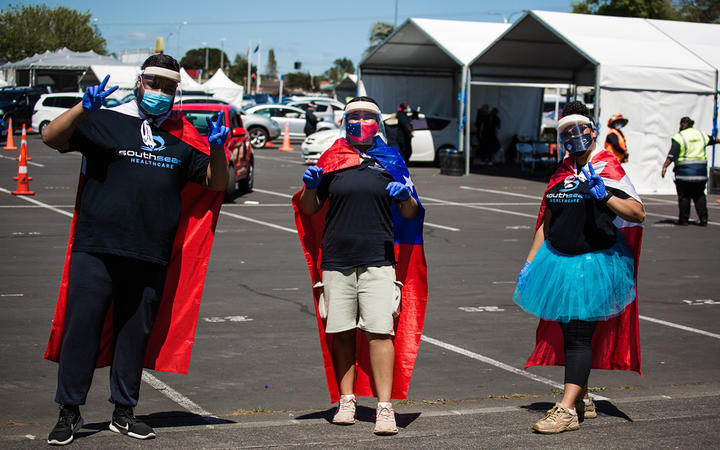 Co-leader Debbie Ngarewa-Packer said the number of Māori vaccinated was part of a fantastic effort.

"Let the momentum of those successful communities that have bought in, particuarly our one was a lot of rangatahi [young people] let them take over now, let them go out, and bring in the youth. Don't lose I guess the magic of what our communities showed."

She said while a centralised approach was necessary early on in the rollout, there now needs to be recognition that there needs ot bownership on the ground.

She said the strong cross-party message of Super Saturday took the politics out of the event and made it more about struggling communites.

Auckland's Mayor Phil Goff said he was proud to see so many South Auckland residents roll up their sleeves for the vaccine.

Goff was particularly pleased by the turnout in South Auckland, which has been hard-hit by Covid-19 cases.

He said giving people the opportunity to talk with health providers helped vaccine-hesitant people choose to get vaccinated.

Papakura Marae's chief executive Tony Kake said it was heartening to see queues of people lined up to get the vaccine there yesterday.

He said the event felt like a party at the marae.

A public health expert said a vaccination hui led by the Mongrel Mob Kingdom saw some attendees swayed to take the vaccine.

He said some were initially hesitant - but ultimately took the vaccine.

Dr Tukuitonga said after a lengthly question and answer a session, he was heartened to see some attendees head to the vaccination tent on-site.