New houses will be exempt for 20 years from changed tax rules aimed at cooling the housing market, but developers of long-term rental developments may be given an incentive. 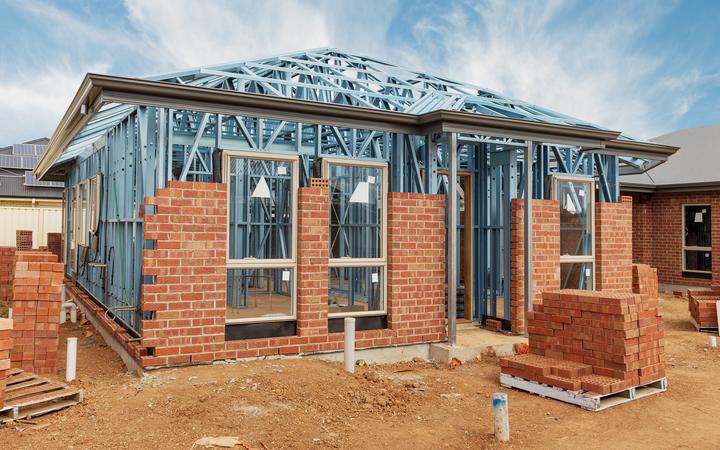 The government has clarified which properties will be exempt from its move to stop property investors being able to offset interest on loans on residential properties against other income.

The policy, including an extension of the brightline test for taxing gains on investment properties, was unveiled in March, but details on finer points were lacking.

Finance Minister Grant Robertson said its policy was to reduce the incentives for property investment at the expense of other types of assets.

"Early indications suggest that enthusiasm for existing residential investment properties might be waning."

He said the aim was to level the playing field for existing homes in favour of first home buyers.

"Tax is neither the cause nor the solution to the housing problem, but it does have an influence, and this is part of the government's overall response."

A new house build would be eligible for interest rate deductions for 20 years from the time the property gets a code of compliance certificate.

The tax break is also likely to be extended to property developments aimed at long term rentals, known as build to rent, of the sort unveiled by the Kiwi Property Group last week.

"The exemptions for new builds and for property development will ensure the interest limitation rules do not reduce the ongoing supply of new housing," Housing Minister Megan Woods said.

The current interest rate deduction provision for private investment properties will be phased out over four years. Background information is available on the Inland Revenue website.

Among the moves taken by the government and the Reserve Bank this year to curb annual house price growth of more than 25 percent, have been extending the brightline test to tax gains on the sale of residential properties other than the family home, and tightening of the loan-to-value ratios for bank mortgage lending.

She said the details would also give members greater certainty ahead of any changes they make to their portfolio.

However, she warned the rules could create a "two-tiered" property market as those investors who were not exempt from tax expenses would face significant costs which they would have to recover.

"We would get it back from our customers, and our customers are tenants which mean rents, [which] have been going up since this announcement, will still keep going up to help pay for this."

Chartered Accountants Australian New Zealand tax leader John Cuthbertson said the changes were in keeping with what many people had been expecting.

He said the definition of a "new build" was wide and reasonably generous.

"People should obviously read the rules to make sure they know what a new build includes, it's more than just erecting a new house on a site.

"It can be a transportable home, a modular home, it could be an old home that's sitting in a yard that is relocated to the site, provided it gets a new code compliance certificate that will be treated as a new build."

He said it would be remain to be seen if the law had any gaps in it.