Sixteen gang members and associates have been charged in relation to a large funeral procession for a gang member in Auckland in June. 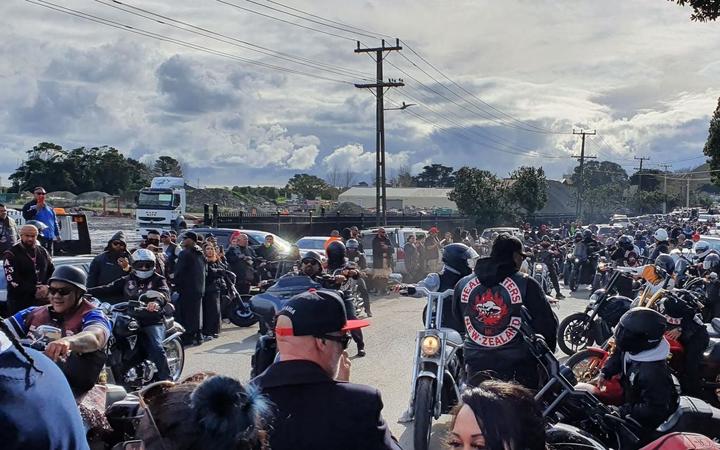 Police were sent a large amount of camera footage showing driving behaviour at the funeral in Grey Lynn on 18 June.

The funeral was of Taranaki Fuimaono, 43, who had died in hospital following his arrest.

"A majority of those partaking in the procession behaved within the road rules, however at times some of the group drove dangerously putting themselves and others at risk," Inspector Jacqui Whittaker of Tāmaki Makaurau police said in a statement.

Eighteen charges have been laid against 16 people who are due to appear in the Waitākere, Auckland, North Shore and Manukau District Courts in the coming weeks.

Whittaker said intervening in the event on the day would have caused risk to other road users not involved in the funeral procession and police were not prepared to do that.

"Police decision making when it comes to these types of events will always be about community safety," she said.

Whittaker thanked members of the public who came forward and reported behaviour or provided footage.

"This was able to greatly assist the enquiry team in identifying those responsible and holding them to account.

"The driving behaviours of some presented a real risk to those involved as well as other road users and will not be tolerated. If you choose to put other motorists at risk through dangerous driving activity, such as sustained loss of traction, you can expect the police to hold you to account and your vehicle may be impounded."