An expansion of the network for catching speedsters aims to add about 100 cameras around the country from the start of 2023. 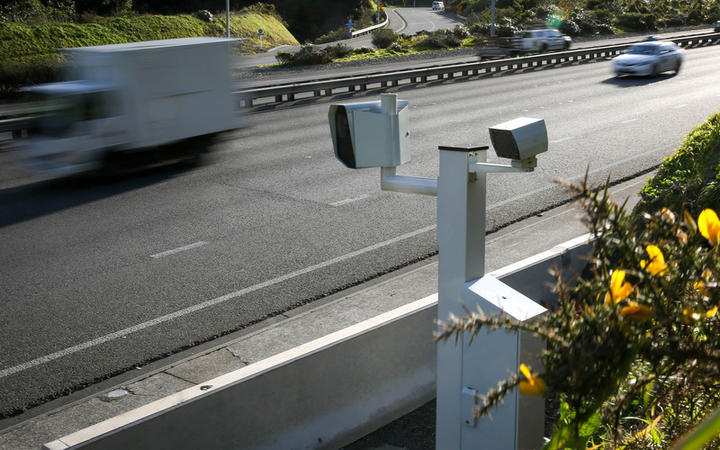 The government's Road to Zero strategy launched two years ago when the country had about 110 cameras (56 of them fixed cameras), and forecast a tripling of cameras in three years.

The Transport Agency had been expected to take over the camera network from police this year.

Instead, that transfer will not begin until early 2023, and be done in stages.

The pandemic has disrupted many of the plans, and targets, under Road to Zero and its Tackling Unsafe Speeds programme.

Rolling out 100 extra cameras would take about three years, Waka Kotahi told RNZ, signalling there would be more added after that.

"The expansion will include a range of cameras such as red light, mobile and fixed speed cameras, targeted at our highest risk roads.

"The exact numbers and mix of cameras are yet to be confirmed."

The transfer of the camera network is being done in a bid to cut back office workloads.

"The transfer is a significant and complex logistical exercise and requires detailed planning," the agency said.